HomeFeatured News"People with loyalists under the Bardo dome will not be affected by...
Featured NewsInterview

“People with loyalists under the Bardo dome will not be affected by Panama Papers investigation”. 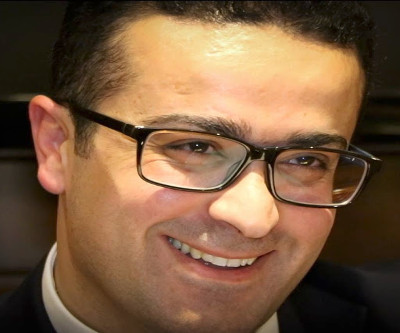 Achraf Ayadi, banking and finance expert residing in Paris, gave African Manager an exclusive interview in which he spoke of the case of Panama Papers and the gigantic leak of tax documents that establishes the involvement of several Tunisian officials in tax fraud.

In this interview, Achraf Ayadi especially said the commission has no power and will struggle to condemn politically influential people who have loyalists under the dome of Bardo. The expert has called to initiate a real tax reform and to overhaul the system, scales, text, etc…

Will the initiation of an investigation into “Panama Papers” change things in Tunisia?

Basically, “no.” However, the exploitation for political ends will affect every name of Tunisians who appear in the published documents. Whether it’s a simple request for information, or tax evasion which evidence is fully constituted, there will be key figures from politics whose credibility will be severely undermined.

Economically speaking, it’s a non-event in Tunisia, unlike other countries where the spirit of citizenship and democratic laws will be tough on the “duty to set an example.” Examples like Iceland or the UK should challenge us on the importance of ethical behavior and the culture of “accountability” among both our voters and the leaders they themselves elected.

Could the committee that will examine this issue really reveal the reality on the involvement of Tunisians in tax evasion?

This is more a work of communication than a concrete action of ‘unwinding’ of the system of offshore fraud. This commission has no power; it can not force journalists to share all their documentation. It cannot file a civil suit against Tunisian fraudsters Tunisians, and it will be hard to condemn politically influential people who rely on loyalists under the Bardo dome.

In addition, the voting on the law of the new status of the BCT demonstrated how our MPs lack technical tools to analyze and understand complex issues in several tax and banking laws. We live a mockery of democracy where tax evasion and hidden money finance election campaigns.

How can we trust the investigations by the State, knowing that several investigations were initiated in several cases, but no result has been achieved?

That’s a good question for Mr. Chawki Tabib (note: President of the National Anti-Corruption Commission)! In a country where half the economy is out of control, where tax evasion is a national sport and the level of political and media corruption has skyrocketed, we have no major case that has gone until the end. Court decisions for confiscation of ill-gotten assets are not executed for unknown reasons. Stakeholders, including representatives of the state,

refuse to submit to a court in the case of a local bank. And many more. If we are unable to do justice in our country, how can we do it when all the ingredients of the crime are thousands of kilometers from our borders?

What do you suggest for that tax fraud to be combated effectively?

It is essential to conduct a real tax reform and to overhaul the system, scales, texts etc. A government worthy of the name must put the legitimacy of the polls that brought it to power in the service of all citizens to install a real contributory justice. Trembling before professional corporatism and not reforming means humiliating the state and denigrating the democratic exercise. It is the feeling of injustice and bureaucratic impunity which incite individuals and businesses to fraud. The Panama Papers is ultimately the finger of the sage pointing to the moon. Let us put our own house in order first!

Tunisia: Can Ennahdha succeed in governing?