HomeFeatured NewsTunisia: a law to protect policemen and soldiers from attacks
Featured News

Tunisia: a law to protect policemen and soldiers from attacks 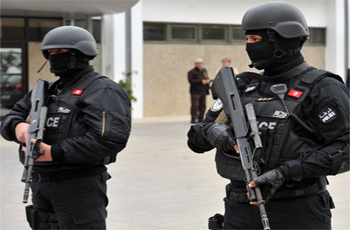 It was only 3 years after the announcement by former interior minister, Lotfi Ben Jeddou, on March 26, 2012 of the decision to draft a law protecting police and soldiers as well as “sovereign” buildings from attacks, that this promise has been realized.

The country had to organize Legislative and presidential elections, form a new government and suffer tremendous human and material damage so as to put on the table a draft legislative framework criminalizing attacks against armed officers among internal security forces, customs and the military.

That draft, approved last Wednesday by the Cabinet meeting, provides for the protection of armed agents, assaulted and threatened because of the exercise of their functions or their belonging to the army, internal security or customs units and their relatives, family members and persons under their legal guardianship.

The bill also criminalizes violations of national security secrets, which is considered as an attack on the security institution and the supreme interests of the State and the Nation.

These violations include the destruction, theft, appropriation, disclosure or alteration of documents classified as secret.

The security institution and the internal security forces will also be legally immune against attacks and acts of humiliation that undermine their dignity, reputation or harm their morale in order to undermine national security.

Destruction and demolition of premises or warehouses where military weapons, vehicles or equipment belonging to the army or the navy and air force are stored are considered crimes that affect the armed forces and police and are covered by the bill.

In addition, the seizure of weapons, ammunition, equipment, records or other objects entrusted to the security forces or any attempted violation of places of detention, custody or prisons to facilitate the escape of detainees will be severely sanctioned.

As for the criminalization of acts targeting the security forces, army and customs, sentences will be compounded according to the consequences of the assault.

The bill stipulates that the State is responsible to compensate the damage suffered by armed officers or one of their relatives, and to be compensated by perpetrators of these attacks.

The law submitted to the House of People’s Representatives (HPR) meets the standards and provisions of international conventions and the fundamental principles of the United Nations for the protection of internal security forces, army and armed customs agents.

This bill comes as part of a national strategy against terrorism which imposes the need to protect the human capital of security and military institutions and strengthens the legislative arsenal to combat terrorism.

In this context, Minister of Justice, Mohamed Salah Ben Aissa had indicated on March 14, 2015, following a national conference against terrorism that to fight against terrorism, the consolidation of state devices, preservation of human and material resources and their reinforcement are needed to ensure the safety of citizens.