HomeNewsTunisia: A state of mind and brakes that ruin export efforts
News

Tunisia: A state of mind and brakes that ruin export efforts 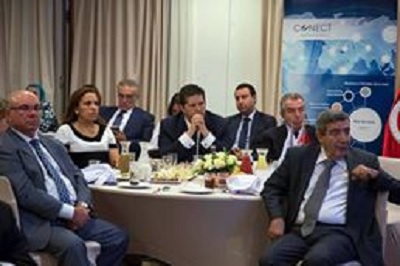 “83.3% of Tunisian companies do not export, whereas only 16.6% of the companies surveyed do export (of which 15.3% are partially exporting and 1.3% are totally exporting)”.

This is the finding of a survey on the obstacles to export for Tunisian SMEs, unveiled Wednesday, May 30, 2018 in Tunis at an event organized by CONECT International. Worse: 63.6% of companies (whether exporting or not) are not at all interested in new export markets.

On the factors of acceleration of international development, entrepreneurs hope to find opportunities for their production and diversify their sources of income, because of the crisis in the local market.

They also hope to take advantage of more opportunities and find a market that appreciates a good product / service.

With regard to the incentives to create an export business, 31.1% of those surveyed believe that exports make it possible to improve the company’s turnover, 9.8% consider the export as a strategy, 24 % mentioned the depreciation of the dinar, 23.3% say that the demand comes from abroad while 4% declare that they are motivated by the help of the State for export.

About the countries to which they export, the traditional markets dominate, namely the Maghreb and Europe. Such markets as Russia, sub-Saharan Africa and the Gulf countries are also emerging.

They also mentioned the social and economic instability, the outdated and inadequate regulatory framework, the transport, the customs services which constitute a big obstacle for the production companies, the banking system, the red tape, the non-availability of information, inappropriate support measures, the lack of a coherent national export vision and strategy, and a problem of mindset and culture.

As barriers to export, entrepreneurs also mentioned difficulties related to the local environment, mainly the legal and administrative framework, transport, customs, banks that are not large enough to be performing internationally and difficulties for currency transfers.

In addition to banks, entrepreneurs cite support organizations that they believe play a role of promotion rather than assistance. Thus, the events they organize are poorly put together and have little economic impact. Add to that a competition and a lack of collaboration between them and a real clear strategy and one-off measures.

Regarding the difficulties related to the international environment, particularly at the embassy level, the interviewees stated that the diplomatic representations must have a real economic dimension, especially with competent and qualified HR for this mission.

The recommendations proposed by the stakeholders in the study are articulated around several points. They called for a national strategy for the development of the Tunisian economy and companies internationally, a clear vision, opting for a strategy that values the image of Tunisian products and services, to define a coherent strategy for the different support organizations and introduce a new regulatory framework promoting the expansion into foreign markets.

Tunisia: many gas companies want to invest in Saouaf project