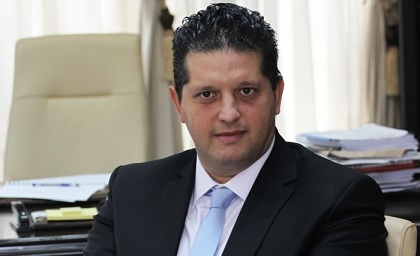 Trade Minister Omar El Behi said Africa is a choice for Tunisia to increase trade and boost exports, noting that several companies are moving to Tunisia to export to the continent.

Speaking at a meeting organised by CONECT International on Wednesday, May 30, 2018 to present the results of a survey on the obstacles to exports for Tunisian SMEs, El Behi said: “Many things remain to be do, especially since the Tunisian market is small and when the SME grows, it must bet on the international”.

The minister was commenting on one of the main findings of this survey: 83.3% of Tunisian companies do not export, 15.3% are partially exporters and 1.3% totally exporters

He also indicated that the National Council of Export will be held during the month of July and will take into account this observation and all the resulting recommendations.

He pointed out that this body, which met at the beginning of this year, has taken a set of measures, including the digitization of procedures as a very effective way to reduce waiting times.

“We are currently working with the government departments involved in exporting to facilitate operations and transactions while meeting export deadlines,” El Behi said.

He pointed out that the objective is to develop the export and respond positively to the demands of professionals and concerns at the level of transport, banks, customs and the BCT.

The Minister also announced the increase of the budget of the Export Promotion Fund (FOPRODEX) to 40 million dinars (MD) in 2018, 80 MD in 2019 and 100 MD in 2020, and the opening next June of a new shipping line Tunis to other capitals of the continent.

In addition to this new shipping line, the minister announced the creation of new representations of CEPEX in Africa and the opening of two more in Tunis before the end of this year. New embassies will also be opened in Tunisia during this year.

In the same context, Omar El Behi called for increasing productivity and strengthening exports as a vital necessity and the engine of growth, noting that much of the growth achieved in the first quarter of this year goes to export, which has increased by 32% during the first four months of this year.

At the same time, Tunisia will become from July a member of the Common Market for Eastern and Southern Africa (COMESA).

He also welcomed this news, allowing Tunisia to increase its trade with the African continent, according to him.

The Minister also said the volume of exports of goods amounted to 35 billion dinars in 2017 and the objective is to bring it to 50 billion dinars by 2020.

Tunisia: inflation slows down to 5.4% in August