HomeNewsTunisia: Al Baraka Bank depreciates but its margin of growth is significant,...
News 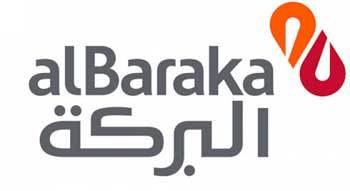 Islamic International Rating Agency (IIRA) has assigned a foreign currency rating of ‘BB‐/B’ (Double B Minus / Single B), and a local currency rating of ‘BB/B’ (Double B / Single B), on the international scale to Al Baraka Bank Tunisia (‘ABBT’ or ‘the bank’). On the national scale, rating of ABBT has been assessed at ‘BBB+ (TD) /A2 (TD)’ (Triple B Plus (TD) / Single A Two (TD)). Outlook on the assigned ratings is ‘Stable’.

ABBT is the pioneer of Islamic finance in Republic of Tunisia). Initially setup as an offshore bank (non‐resident bank) in 1983, ABBT was converted to a resident banking institution in 2013.

As of Dec’15, ABBT held less than 2% of industry deposits. Since its conversion in 2013, the bank has consistently grown its branch network, which has allowed it to post healthy asset growth. In overview of the low level of financial inclusion in Tunisia, “we believe there is significant room for growth, particularly within the Shari’a compliant segment.

The business portfolio of the bank depicts a degree of concentration in terms of counter‐party and sector exposures. Impairment indicators of the bank have recently risen. However, such exposures are largely collateralized.

The ratings assigned to ABBT derive strength from the strong institutional ownership of the Al Baraka Banking Group (‘ABG’) and the State of Tunisia. Besides maintaining its ownership since the bank’s establishment in 1983, the State also maintains a strong presence on the Board of Directors. In addition, both institutions have supported the bank from time to time in form of direct equity injections, whilst ABG has also undertaken a tier II equity injection in 2013.

ABBT’s fiduciary score has been assessed in the range of ’71‐75’, which implies that rights of various stakeholders are adequately protected. The fiduciary score is an aggregation of scores assigned to its three sub‐sections, namely ‘Asset Manager Quality’, Corporate Governance’ and ‘Shari’a Governance’.

Tunisia: Accessions to Upgrading Program on the rise