HomeFeatured NewsTunisia: ATB, a bank that has been distributing profits for 15 years
Featured NewsInterview

Tunisia: ATB, a bank that has been distributing profits for 15 years 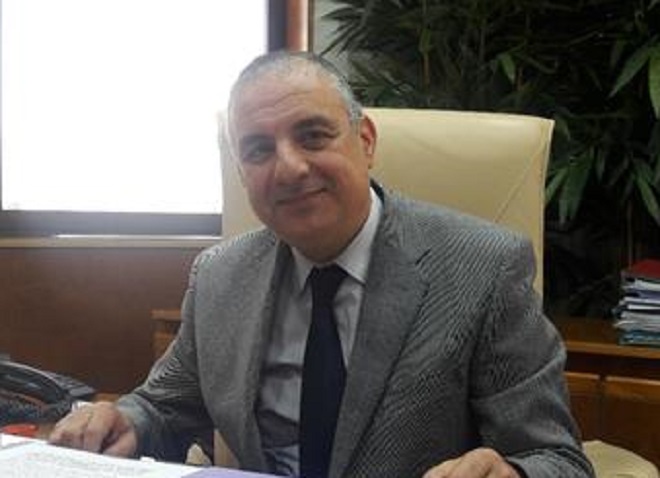 Nothing predestined this man of the left, with early career at the BCT but still keeps some scents in the heart, to enter the very heart of capitalism and become CEO of one of the largest private banks in Tunisia.

Ferid Ben Tanfous was CEO at the BCT, CEO of BDET and UTB in France, BNA and for 17 years at the head of the ATB (Arab Tunisian Bank), a longevity that has given much stability to the bank which is thus one of the few to distribute dividends for 15 years.

With Africanmanager, he spoke about the situation of the bank, its results, its positioning, mainly explaining the last major provisioning.

AM: The bank has just closed the 2017 financial year with a growing NBI. What were the levers that made this growth possible, despite the economic and financial crisis in Tunisia?

This diversity of growth drivers has allowed the bank to maintain a steady pace of average annual growth of 9% over the last 10 years. It is essentially this diversity of sources of our revenues that has protected ATB from the economic turbulence that the country has experienced since 2011.

Why did the ATB choose to make provision, at the risk of displeasing its small shareholders?

We understand that it is legitimate for a small shareholder to be dissatisfied with a decline in earnings. Only, it should be remembered that the ATB is one of the few local banks to distribute annual dividends for more than fifteen years and without ever failing its shareholders. That distribution also confirms the status of the ATB share as investment value and not speculation, since the ATB Share offers one of the best Dividend Yield in the sector with a rate of 5.45% in 2017.

Admittedly, the net income of the ATB in 2017 has decreased compared to 2016, but it is a decrease due exclusively to an exceptional provisioning effort (+ 60% compared to the 2016 net allocation) and to the new cyclical contribution of the corporate tax.

In other words, the bank’s activity indicators continue to grow significantly, with a 12.3% increase in gross loans to the economy and 14.8% in deposits from our clientele. The foundations for the future development of the bank are there, and they are very solid.

The provisioning effort is above all a cautious effort to strengthen the fundamentals of the bank’s sustainable development. We analyze the evolution of our economic environment; we draw lessons from the most important indicators, and act accordingly.

What is the bank’s position in financing the economy and in which niches in particular?

The ATB is a major player in the national economy with a total volume of outstanding gross credit of 4,425 million TND, up 12.3% compared to 2016.

At ATB, we apply a strategy of diversification and credit risks between Retail and Corporate.

The ATB is by its history, a bank with a corporate know-how widely recognized by the sector and appreciated by our customers.

By addressing this segment, we ensure compliance with strict risk distribution standards. We can boast on one side, an offer that targets all economic sectors, and on the other side, a distribution policy which means that no sector exceeds 6% of the total liabilities of the bank.

How did the bank’s key ratios, including liquidity, risk and NPL, behave?

Compliance with prudential standards is a major strategic component for ATB. We are careful in our management to scrupulously respect the prudential ratios. We ended the year 2017 with a liquidity ratio of 94.46% against a minimum rate of 80% required by the BCT in 2017. The solvency ratio 2017 has reached 10.86%, a rate above the minimum limit of 10%.

What is the degree of ATB’s dependence on the BCT in terms of refinancing and liquidity injection?

Tensions on bank liquidity are not specific to a particular bank; the need for refinancing is endemic for the entire sector. We act daily to reduce the resort to BCT; we are acting through our commercial policy to increase our customer deposits; we also act through the financial market by issuing bonds; we are finally acting by guaranteeing the organizational and financial eligibility of our bank for the special resources proposed by international donors through external credit lines.

Do not you think that the profit to be distributed should mainly apply to the operating profit and exclude that of the assimilated treasury bonds?

The profits from the assimilated treasury bonds are not a sin to be so singled out. The monetary mechanisms behind these benefits are the foundations of banking activity in Tunisia and throughout the world.

These profits are the results of an ordinary banking activity, they include a set of charges and risks inherent to them and which banks must manage and support. In addition, it is a

contribution of the banks to the financing of the national economy through the financing of public expenditures. It seems to me unfair to sanction bank shareholders with this type of unfounded reflections.

What will be, in a few points, your roadmap for the next financial year that the ATB is already engaging with an NBI up 12 MD?

The bank begins in 2018 its fifth strategic development plan “Ambitions 2020”. This plan includes a set of structuring projects affecting all levels of activity and the organization of the bank.

We are thus entering a transformation that will strengthen the customer’s centrality in our organization. We strive with the skills and dedication of ATB staff to conquer new market shares by enhancing innovation, further improving the quality of our services and further diversifying our business both horizontally and vertically.

How can you, according to your experience in the banking sector, explain that Tunisian banks make so many profits and that ratios, such as that of customer deposits are continuously increasing, in a local economic and financial crisis situation?

Tunisian banks are currently performing well, but we must remember that after the revolution, there were banks that posted negative results; several banks have made capital increases (since 2011, there has been an increase of +0.961 billion TND for listed banks) to restructure and increase their own funds. After these measures, it is normal for banks to return to solid foundations, make profits and pay their taxes.

Tunisia: SOTEMAIL multiplies by five its net profits in 2018