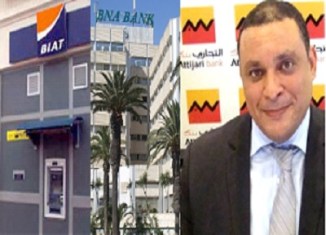 Publisher “Targa Consult” has just released the performances of Tunisian banks on December 31, 2016.

In this very edifying table, the publisher highlights the ranking of the most important banks of the place of Tunis, in terms of NBI (Net Banking Income), outstanding deposits or money deposited by customers in the Moroccan bank under Tunisian law and constitutes (the money) the main tool of the establishment, whose object is precisely the sale of money.

The table also establishes the ranking of each bank in terms of credit and which is the money given in credit by the bank to finance the economy.

It is again this bank, the Biat, which has the highest outstanding credit through the injection of 7.679 billion DT in the Tunisian economy in 2016, with an increase of 17% compared to 2015.

Just behind this private bank, that of the brothers Mabrouk as some would accuse it, it is the Public BNA (Banque Nationale Agricole) which ranks 2nd in the three ratios and this, despite the pangs of the recapitalization and recovery plan, Initiated by new DG, Habib Ben Haj Gouider.

Then came Banque de l’Habitat with 5.3 billion TD, Amen Bank with almost 6 Billion DT and the STB with more than 5.3 Billion TD of outstanding loans or financing of the Tunisian economy in 2016.

⦁ The Attijari case, 3rd in NBI and 6th to finance the Tunisian economy

One case draws attention in this ranking. It is that of Attijari Bank, which “gets angry” when it is said that it is Moroccan, noting that it operates under Tunisian law. This bank ended the year 2016 with the third best NBI of the place, up even 15%, with the 1st margin on commission of the place, ahead of the Biat and the BNA, margins up 28.9%. It is also 3rd in terms of deposits, with 4.871 billion TD collected.

These deposits are certainly like the rest of the banking sector unpaid but commissioned.

It is nevertheless in 6th place that this bank is found, far behind the main national banks, when it comes to financing the Tunisian economy by the credits.

Its contribution to the Tunisian economy is even decreasing from year to year. By 2015, it would have injected 4.48 billion TD into the economy of the country where it operates.

A year later, in 2016, there are only 3.8 billion DT. We will not ask the question why and we will not comment!

US: UN, civil aviation partners to reduce risks of flying over...