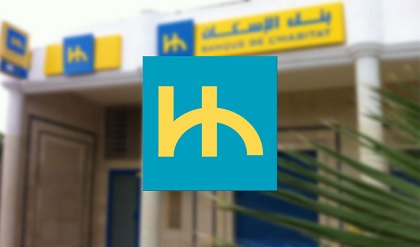 “Heir to the historic “CNEL” founded in 1974”, BH prides itself on having realized the dream of more than 700,000 Tunisian families to access housing and supported the emergence of the real estate development sector.

The change of name will be accompanied in a second step by a new visual identity.

In its press release, the bank announces achievements higher than the objectives set in the 2018-2022 business plan.

At the end of March 2019, the quarterly activity indicators showed an increase in customer deposits to 842 million dinars, or + 13.82% compared to the same period in 2018.

As for the net banking income it rose by 21 million dinars, up 24.15% during this period.