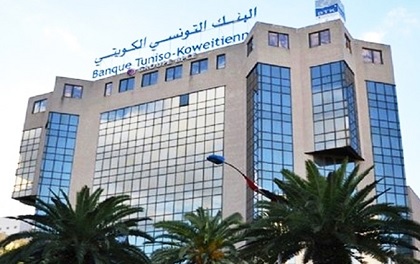 The Tunisian-Kuwaiti Bank (BTK) announced that the increase in cash of the share capital, decided by the Extraordinary General Meeting of November 7, 2017, was completed by the issue of 1 million new registered shares of 100 dinars each.

The new shares issued in cash have been subscribed and fully paid up for subscription.

The share capital is thus increased to 200 million dinars divided into 2 million registered shares of nominal 100 dinars each.
At the end of 2016, which ended in a record loss of 82.5 million dinars, the bank’s equity went down from 167.6 million dinars in 2015 to 84 million in 2016.
As a result, and according to the general report of the Statutory Auditors and taking into account the loss recorded in 2016, the bank does not respect solvency ratios or concentration and risk division standards, hence the decision to increase its capital.

Sudanese President describes US sanctions on his country as immoral