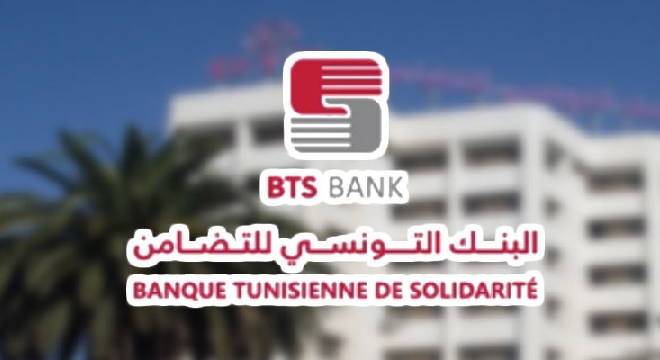 The BTS Bank published on Wednesday June 24, 2020 its financial statements for the year ending December 31, 2019.

This surge in profits is attributed to the growth in banking revenues at a higher rate than operating expenses.

In accordance with the provisions of Article 39 of Law No. 2019-78 of 23/12/2019 relating to the finance law for the year 2020, the BTS has established a social solidarity contribution for the benefit of the State budget in the amount of 706 thousand dinars.

This contribution corresponds to 3% of the Bank’s profits serving as a basis for the calculation of the tax on companies.

Moreover, the total outstanding principal amount granted from regular resources reached 150.1 million dinars, as of 31 December 2019, while the amount of unpaid interest on these credits amounts to 19.6 million dinars.

As for unpaid principal granted from special resources, they reached 216.4 million dinars, while unpaid interest on these credits amounted to 22.2 million dinars.

In this respect, the provisions made on unpaid credits whose final risk is borne by the bank, amount to 45.7 million dinars at the end of the year 2019.

From the MDGs to the SDGs: Africa at a crossroads