Habib Karaouli: We must revive growth instead of financing inactivity 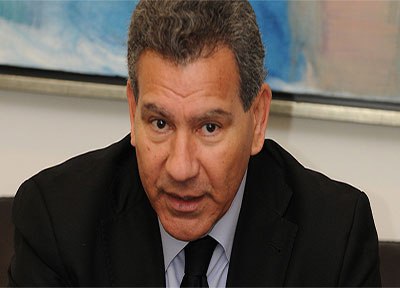 Habib Karaouli, CEO of the Tunisia Business Bank, recently renamed “Capbank”, gave AfricanManager an exclusive interview where he discussed several topics including the new visual identity, the Bank’s strategy and its prospects for development.

The CEO of the Bank also gave his opinion on the sale of certain government shares in public and non-strategic banks.

The statement of the Minister of Finance, Lamia Zribi, on the voluntary departure of civil servants was also mentioned in this interview.

You have just declared a new identity for the BAT. For what purposes?

After 20 years of existence and having consolidated our position on the domestic scale and realized several successes on a number of multi-sectoral operations and after a macroeconomic analysis, we thought it was time to reposition ourselves nationally and internationally.

And from the analyses confirmed by several experts in this field, it is clear that the 21st century will be the growth relay in Asia and Africa.

We also thought that we should strategically reposition ourselves in our natural market, which is Africa with the assets we have, the accumulated experiences, with our success stories but also with our failures to be able to establish partnerships over time.

Is it easy today to penetrate the African market?

It is clear that nothing is easy, now everyone is moving towards sub-Saharan Africa, but I think we have our strengths and a certain number of elements that still allow us to think that we can promote our achievements.

There are countries with big means looking to reposition themselves in that market, but we have no chance to compete with them because first of all it is not our vocation and secondly we do not have the means.

On the other hand, we can go with our assets to duplicate the African model and draw inspiration from it to build partnerships that last.

But according to some experts, Tunisia lags far behind for its reputation in Africa, unlike other countries like Morocco and Algeria or Turkey. What do you think?

Unfortunately, this was the case when we were the first in the 1960s to have been in sub-Saharan Africa.

I recall that among the first banks established in Senegal, there is the Tunisian-Senegalese bank; we have a stake in a bank in Africa and a Tunisian insurance company in Niger but we have not had the breath to develop all this and make sure we have a position that is more important than what we currently have.

But, it is never too late; we can use our assets which are always very important.

What is the outcome?

Our work is multi-faceted. We do acquisition and merger transactions, stock market introductions, fundraising and debt restructuring.

At a time when the country was in crisis, we did not stop working, taking initiatives and creating funds.

In 2011, during the Revolution, we set up a fund to finance SMEs and SMIs. We thought we had to be counter-cyclical, and it is when there are crises and difficulties that initiatives are needed. We do not see the crisis as an incapacitating factor, but rather an opportunity that must absolutely be exploited.

Do you have any figures on the number of operations in 2016?

Yes! In 2016, we carried out seven transactions, the most important of which was the International School of Carthage, an operation which we carried out on behalf of the State with a large product.

We have also supported a large insurance company and restructured a number of other public and private companies.

Our objective is to make sure that we have business outside of Tunisia and that is why we have changed our visual identity and our goal is to go to Africa and Asia.

The sale of state shares in state-owned banks is one of the scenarios we have been talking about for several days. What do you think?

I think it’s a proposal, and I do not think it’s mature, especially in the fiscal year 2017. It is a scenario among others, and even in terms of achievement, we cannot start this process in 2017. This is not feasible.

Voluntary retirement was also one of the scenarios raised by the minister to reduce the wage bill. Do you share this idea?

The state has no choice, it is a solution among others; we must study this in a serene and very thorough way. It is clear that resorting to this solution is not an easy solution.

But some experts have warned against the voluntary departure of skills from the public sector. Can we fear this scenario?

In a number of sectors, it is clear that getting people close to the age of 50 to retire means removing the best, but that is not the goal. It has to be looked at on a case-by-case basis because there is no specific rule. There is a need for an active policy, a revival of growth and job creation rather than funding inactivity.