Tunisia: Chadian delegation in Tunis to prepare an economic mission 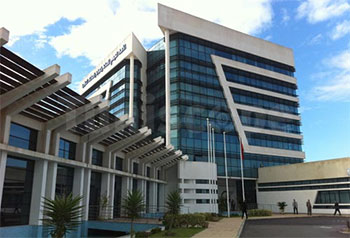 “Chadian businessmen want to draw on the Tunisian experience in the field of training and assistance to small and medium enterprises (SMEs). They aspire to a development of logistics and transit between Chad and Tunisia, “said Thursday Christian MARA, representative of the Chamber of Commerce, Industry, Agriculture, Mines and Handicrafts of Chad (CCIAMA).

The official, who took part in Tunis in a Tunisian-Chad partnership day organized by the UTICA, in anticipation of a prospecting mission of the Tunisian market, added that his country’s operators also want to see representations of Tunisian companies set up in Chad and develop the mission of the Tunisian-Chadian business council (created in September 2014) so that it would become “a real tool for promoting trade and partnership.”

Bichara Doudoua, President of the Chadian Employers Organization said her visit to Tunisia in company of a Chadian delegation aims to identify economic partners and prepare for the next exploration mission of Chadian operators in Tunisia.

According to her, private investors in Chad are interested in the Tunisian experience in industrial development and are encouraged by the positioning of the country compared to Europe.

The volume of trade and economic and services exchanges between Tunisia and Chad has strengthened in recent years, and augurs of “promising prospects,” according Taoufik Mlayah UTICA officer in charge of Africa.

Mlayah recalled that the UTICA and the Chamber of Commerce of Chad are making efforts to further develop trade between the two countries, and that, since the signing of the partnership agreement between the two structures and the creation of the Tunisian-Chad business council.

In 2014, Tunisia exported the equivalent of 5.9 million dinars excluding services to Chad. About 11 Chadian companies are present in Tunisia against 30 Tunisian companies operating in Chad.