HomeFeatured NewsTunisia: Chedly Ayari bewildered by deficit due at 2/3 to energy!
Featured News

Tunisia: Chedly Ayari bewildered by deficit due at 2/3 to energy! 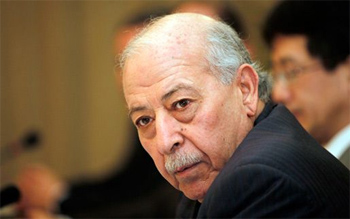 Speaking on Thursday at the presentation by the International Monetary Fund (IMF) of the report on the Regional Economic Outlook in the Middle East and North Africa, Governor of the Central Bank of Tunisia (BCT) Chedly Ayari, who was clearly bewildered, expressed his concerns about the country’s deficit that remains, according to him, very high despite efforts to control it.

“I do not find answers and explanations either about the worsening of the deficit or about the depreciation of the dinar against the dollar,” said Chedly Ayari.

According to him, the deficit comes in a range of 60 to 65% from hydrocarbons, including oil and gas and Tunisia continues to pay still very high and still increasing bills in this field while oil prices have halved.

The Governor of the BCT stressed that the major concern is rooted in the energy sector that is going to pull the economy down, calling for a full and immediate audit in the sector.

“Where does our energy go? How much is our consumption? In which area? And how?” he exclaimed.

“Tunisia will be the prisoner of hydrocarbons trends”

The governor of the central bank acknowledged that falling oil prices internationally have had no positive effect on the national economy, contrary to what was expected, “It was believed that the money is flowing in, but in vain, ” added Ayari, noting, however, that the impact of the oil drop was not the same for all countries like Morocco, a country that has taken full advantage of this decline, according to him.

Chedly Ayari has also recognized that Tunisia is no longer in a position to seek high growth because the international demand is down, believing, however, that the monetary policy in Tunisia must be subject to revision.

Speaking of inflation, he noted that its rate is still high, despite the bank’s interventions to mitigate it.

Regarding the economic outlook for 2015, Chedly Ayari did not elaborate too much on the issue, but said it remains dependent on the recovery of investment, the level of development and stability and especially security stability.

About the IMF report released at the meeting, Resident Representative for Tunisia, Giorgia Albertin said the fund projects a growth rate of around 3% for Tunisia in 2015 against 2.4% set in2014, noting, however, that contrary to the pessimistic statements of the Governor of the Central Bank, dropping oil prices are still an opportunity to seize by Tunisia to strengthen margins and move forward in reforms. “But this must be accompanied by a macroeconomic reform strategy,” she said.

The fall in oil prices is also a positive shock that could help Tunisia improve its fiscal and external position, strengthen its fiscal margins of manoeuvre and its external reserves.

This also helps, according to the report, pursue subsidy reform and accelerate reforms supporting growth.

According to the report, Tunisia in its new post-transition phase will face the challenges of creating stronger and inclusive growth and the need to create jobs while continuing to maintain macroeconomic stability and progress in the implementation of economic reforms.