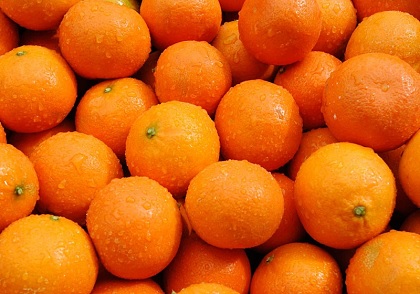 Tunisia’s citrus exports are expected to reach 20 thousand tons in the 2017/2018 season compared with 18,800 tons last season.
The export of Maltese oranges to the French market started on Saturday, January 13, with the shipment of 34 containers (760 tons) to the port of Marseille, according to the head of service of the Inter-Professional Fruit Group Tarek Tira.
The operation is provided by the Tunisian Shipping Company (CTN) and a French carrier for 5 trips a week except Friday and Sunday.
Other types of citrus fruits (Thomson, Clementine) whose quantity amounts to 450 tons have already been exported in recent week to some Gulf countries such as the United Arab Emirates and Qatar, he said.
He added that 10 tons of organic oranges have also been exported so far against nearly 100 tons during the whole of the previous season.
The official pointed out that Tunisia’s orange production reached 346 thousand tons this season (of which 95 thousand tons of Maltese orange) against 560 thousand tons in the past season, i.e. down 38%.
He explained the decline by alternating cultivation and the scarcity of irrigation water.

Tunisia: Tunisair Express announces resumption of flights with own aircraft

Tunisia-Tourism: number of Chinese has increased by 240%