HomeNewsTunisian passport among 10 most powerful passports in Arab world
News

Tunisian passport among 10 most powerful passports in Arab world 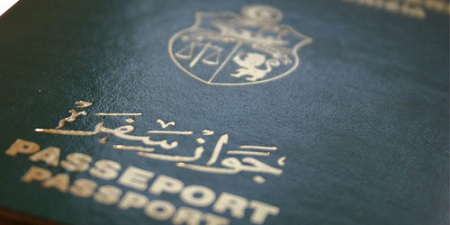 The Tunisian passport is among the 10 most powerful passports in the Arab world, financial consulting firm “Henley & Partners” announced in its “Henley Passport Index” 2018.
The Index is a ranking of all the passports of the world according to the number of countries their holders can travel to visa-free.
The ranking is based on exclusive data from the International Air Transport Association (IATA), which maintains the world’s largest and most comprehensive database of travel information, and is enhanced by extensive in-house research.
Tunisia ranks seventh in the Arab world thanks to a passport allowing its nationals access to 66 countries.
The Tunisian passport ranks 69th globally. Tunisia is behind the United Arab Emirates (1st at the Arab level and 33rd in the world), Kuwait (2nd in the Arab world and 58th in the world), Bahrain, Jordan and Saudi Arabia.
With this ranking, Tunisia is ahead of Morocco which comes 8th at the Arab level and 74th in the world with the possibility of accessing 61 countries without a visa.
Next come Mauritania (9th on the Arab scale and 78th in the world).
Germany holds on to 1st place on the Henley Passport Index for the fifth year running, with its citizens enjoying visa-free access to 177 countries in total, up from 176 countries in 2017.
Singapore ranks 2nd globally on the 2018 edition of the index, with visa-free access to 176 countries, while eight countries — Denmark, Finland, France, Italy, Japan, Norway, Sweden, and the UK — share 3rd place, offering passport-holders access to 175 countries.

Tunisia: new tax measures for businesses will be applied over three...