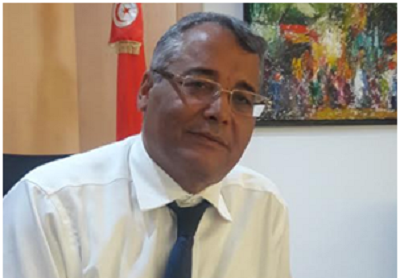 Taoufik Rajhi, the “Mr. Great reforms” of the Youssef Chahed’s government is also one of the main negotiators of Tunisia with the IMF, which he now knows all the mysteries and strings.

Since these reforms are directly linked to the very structure of the state budget, this minister speaks of it easily. He had started in an office at the Kasbah, he finished [Editor’s note: We’ll see in 2020!] In a building in the “Zone Urbaine Nord” in Tunis.

He is giving to AfricanManager his opinion on the draft State budget o for 2020. That budget was prepared by an outgoing government for a government that could take office after the adoption of the draft budget by the new ARP which could itself understand nothing, for the vast majority of its members are newcomers.

That budget, moreover, would be somehow imposed on the team of the next Prime Minister, with which he must do, even if it could not match his own program or that of his political party.

Do you consider feasible the draft State budget 2020?

The first reflection to be made is whether there are squeezable expenditures in this budget, which the next government could save to reduce the need for funding, especially foreign one. This is the fundamental question. The answer is that you have four sections of expenditure, essential in the budget.

The first is that of wages and salaries of state agents. It is a rigid item that eats a little more than 19 billion TND. It is a huge volume compared to actual expenses, excluding compensation and debt service. They are approximately 35 billion TND, which represent some 50% of the expenditure section.

Commitments have also been signed for further increases, and there is no reason to deny these commitments.

The other budget section is that of compensation. However, there is currently no serious reform to reduce compensation.

There are two ways to do it. The first is through adjustment in the prices of hydrocarbons, energy and prices of raw materials or transport. There is no policy in this sense today. The second is through direct transfer policies, reducing waste and fraud and diversion by parties that do not need compensation. We have the strategies and the programs and the action plans to do it. But nothing has been started yet.

The third section, equally rigid, is that of repayment of debt, interest and principal. And as far as I know, there is no possibility today, of wanting to deny the country’s debt, and it would be dangerous for Tunisia to do so.

It then remains the title II section, that of investment, and it is just as rigid. This is especially true since this kind of expenditure has been stagnating since the Revolution, between 5.5 and 6 billion dinars, even though the rate of execution of these investment expenditures has increased over the past three years. Normally, and considering the evolution of inflation since 2012, we should allocate it 10 billion TND. The section, as it is now, is equally incompressible, as it involves projects in progress, payments in progress, and 20 or 30% consisting of new projects.

The difficulty, therefore, in this draft budget 2020, is that there is no compressible section, because it amounts to a choice of society, wage policy, compensation policy, and the rest, the result of a history of choice of financing of budget deficit by budget support and external indebtedness made since the Revolution.

Is the budget deficit of 3% feasible?

For any purpose, there is always a risk of exceeding it. The art is how to juggle revenue and expenses to get there. The risk therefore exists. In particular, it is linked to the evolution of the exchange rate, an exogenous element that is not controlled, and which has a direct negative impact on the repayment of the debt, the budget deficit and the amount of compensation.

There is also the risk of the oil barrel price which Tunisia does not control either. We certainly tried to set up a system of Hedging which certainly succeeded, but partially because of the “hedged” amount that was low.

There is also the risk of the social peace process in the country, which remains linked to the negotiations for wage increases that have become systematic in Tunisia.

It should be remembered that the payroll was at 6.3 billion TND in 2010 and currently exceeds 19 billion TND, multiplying by 300% in 8 years.

Do you think that the 2020 budget can be achieved, as it is, without the foreign financial aid and the donors who have been financing Tunisia since 2016? In other words, can another government do better without the IMF and its Followers?

All the Tunisian post-revolution governments wanted to fight external indebtedness and have all put this in their respective agendas. No government has accepted an increase in external debt.

There are actually two ways to get there. Either have the courage to make cuts, which can only be painful, in some budget sections and therefore move towards a policy of austerity, so to at least remain at the same level of 2019 in terms of budget of the State.

To do this, we must not touch investment, which is a growth engine, and which is already at its lowest. Or, continue in the same budget logic, adopted since 2012, juggle and deal with all the difficulties and find funding where we can.

But it is not in the internal market that we will find it. It does not have the capacity, for sums beyond 1 Billion or 3 Billion TND. Beyond that, you have to go and get the money elsewhere.

Donors first, because with very favorable conditions around 2% and with deadlines that can extend to over 20 and even 40 years.

It will then be necessary to reduce as much as possible access to the international financial market, which has become very expensive.

All this remains impossible, unachievable, without the agreement with the IMF and its green light, meaning that the country is doing the necessary reforms, clean up its budget, and deal with the deficit of its balance of payments.

It is only on these conditions that the lenders will give money and you will ensure both the sustainability of your debt and your repayment capacity.

Is it possible for any future Tunisian government to indefinitely stop negotiations with the IMF and to do without it?

Let us recall, first, that Tunisia is under IMF program, until April 2020. To ask the suspension of this program would mean to cut the external finances to Tunisia, all the finances, because the IMF is in a way the country’s rating agency with donors. It would also put the funding of the budget at serious risk.

Do you consider possible another economic and financial policy in Tunisia, and in the current situation? Is there another choice, other than austerity in this case?

What I am saying is that we are now facing irreducible sections, born of economic and social policies, themselves determined by the economic, political and social conditions. If you change these policies and find a way to compress some of these sections, you may no longer need external financing.

To compress is also to find internal balances, which reduce expenses, which preserve the social peace for the preservation of which Tunisia has paid the high price.

It should be remembered that last year Tunisia suffered two general strikes, after which the government finally gave in on wage increases to preserve this social peace.

Right now, what is most needed, I sincerely believe, is moving toward reforms that save money. Otherwise, I do not see any other solution.

The outcome of the elections, with the emergence of another political regime, a new president and a new head of government carrying another socio-economic project, can it change something?

Whatever the outcome of two elections, presidential and legislative, populist, left-wing, conservative, right-wing or otherwise, we will not be able to save the budget otherwise than by negotiation with international bodies.

Otherwise, it is pure political and electoral propaganda. The economic reality is different. And I think everyone will eventually accept that reality and try to negotiate, with the IMF as well as with the World Bank or other donors.

Tunisia: Mission of businessmen in Konya from April 22 to 25