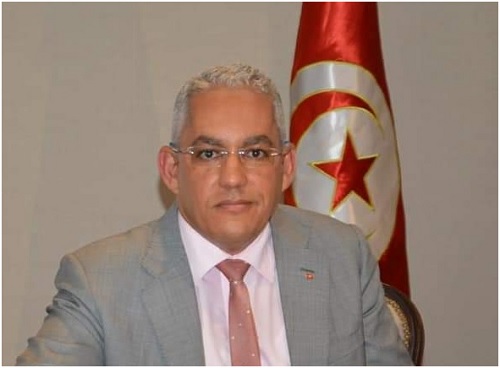 Noureddine Salmi, Minister of Infrastructure, Housing and Territorial Development said that many major projects (rehabilitation of infrastructure, highways, social housing) are being implemented in several regions of the country.

In an interview with AfricanManager, he assured that efforts are ongoing to combat the phenomenon of unpermitted construction.

What is the progress rate of the various projects, and what are the other projects planned by your department?

We are at an advanced stage on some projects. For example, at the Gabès-Ras Jedir highway project, work is still going on and this project will start operating in June 2020.

Regarding the Tunis-Jelma highway, work is also underway. Moreover, studies have been conducted for other highways such as the Tunis-Kef highway and Jendouba-Algerian borders.

The government has failed to end the anarchic construction that now accounts for 37%?

It is true that the phenomenon of anarchic construction has increased in the different governorates, but we are working hard and we are preparing decisions likely to eradicate unpermitted construction. Indeed, a bill has been drafted and will be presented during the Conference of Arab Housing Ministers o be organized from next year and this in collaboration with the Arab League.

I would like to point out that for a year now, the Code of Local Authorities has not taken any measures aimed at combating this phenomenon, so in collaboration with the Prime Ministry and the Administrative Court and the Ministry of the Infrastructure, Housing and Spatial Planning, 77 decisions will be issued for the rehabilitation of the territory.

Is the list of allocation of social housing units to beneficiaries ready?

In the context of the specific social housing program, many homes will be given to their beneficiaries. We are in the process of developing the final list of people involved in these dwellings.

I would like to say that the Ministry of Infrastructure, Housing and Spatial Planning is not concerned by the preparation of this list because it is prepared at the regional level by a committee chaired by the governors , based on a series of criteria respecting Tunisian law.

In this context, I call on all governors to accelerate efforts to finalize that list. The number of applicants for social housing has reached 200,000 cases.

What can you tell us about the Memorandum of Understanding that was signed between the Ministry of Infrastructure and a Korean company?

This is a memorandum of understanding on the implementation of a digitization project of the land heritage and will be launched from the year 2020.

Estimated at a total cost of $ 60 million, the project aims to launch a digital and smart system for the management of land information, given the importance of this project in the development process.

It is also about putting technology at the service of modern urban planning in order to concretize infrastructure projects in Tunisia and to prepare the ground for the creation of smart cities.

Tunisia: Food trade balance deficit soars 500%. Grains are behind it