HomeNewsTunisia: decline in volume of imports and exports continues
News

Tunisia: decline in volume of imports and exports continues 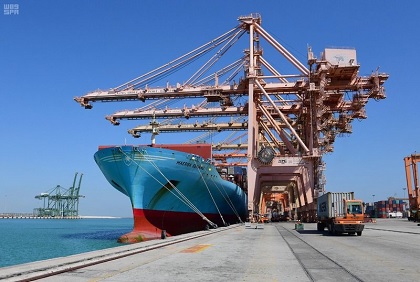 Export volume (constant price) was down 4% in the first eight months of 2019, compared with a rise of 4.6% in the same period of 2018, according to data from the National Institute of Statistics (INS).

The decline in the volume of exports in the first eight months of 2019 affected several sectors including agriculture and agri-food industry (18.8%), the textile sector, clothing and leather (4.2%) and mechanical and electrical industries (2.1%).

In contrast, the export volume of the energy sector grew 1.4% and that of other manufacturing industries increased by 4.4%.

In terms of prices, export prices went up 16.7%. Thus, in current value (and taking into account the impact of the dinar exchange rate) Tunisia’s exports increased by 12%, reaching a value of 29,523.7 MD.

Quantities imported saw a decrease in the mechanical and electrical industries (10.4%), the textile, clothing and leather sector (8.1%) and that of agriculture and food industry by about 9.6%.