Tunisia: development plan is ambitious, random in some areas 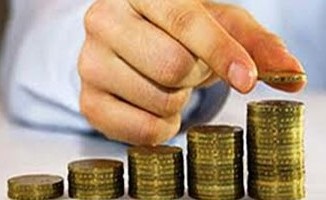 Does Tunisia have the means of its ambitions as laid down in the guidance note of the 2016-2020 strategic development plan that has just been made public? This is certainly the major issue it is important to ask in front of a multitude of figures and perspectives which, if they are translated into facts and accomplishments, will propel the country towards a really better future that in any case will be without any measures with the current situation.

We have to agree that these are only projections whose realization is not always random unless the mechanisms relating thereto are well articulated, backed by a clear political will and firm and especially where all Tunisians and all regions recognize themselves. Without seeking the stars, we might think that the architects of this plan should also be their prime contractors for the next five or so. We mean by this governments issued from ruling parties.

Moreover, it has been appropriately clarified that the plan, developed by the Ministry of Development and International Cooperation, was submitted mainly to parties in the government coalition (Nidaa Tounes, Ennahdha, Afek Tounes and Free Patriotic Union).

From the outset, we knew that this is an alternative development model that targets “more economic efficiency based on innovation and partnership, social inclusion and sustainable development.”

It aims to achieve a growth rate of 5% in the next five years, that is five times what is fixed, and also for 2015. This rate, which is deemed ambitious, remains dependent on a number of assumptions, including the gradual recovery in economic activity during the first two years of the period of the next five-year plan to achieve economic boost from 2018.

According to this guidance not, the essential conditions for the recovery of the national economy are the “significant development of investment effort, bringing the investment rate from 18.5% of GDP in 2015 to 25% in 2020. The total investment will then reach 125 billion dinars for the whole period. “

Achieving this rate will depend, too, according to the Ministry of Development, on the effective improvement of the business environment, as well as the progress in the implementation of major reforms, especially those relating to the modernization of the administration, the revision of the public procurement system, the promulgation of the new investment code, the pursuit of tax reform and the financial sector, as well as the adoption of a proactive policy to boost public-private partnership.

It is essential, too, according to the guidance note to bring financial balances under control. This will be done by reducing the current account deficit to 6.8% of GDP in 2020, from 8.5% in 2015.

Moreover, four challenges should to be faced. The first challenge is “the transition from a low-cost economy to economic hub, by seeking to establish a more diverse economic base with high employment content”.

The second challenge is to ensure human development and social inclusion, by improving the quality of the educational system, to boost employability.

The third relates to “the realization of the ambitions of regions.” It is based on the reduction of disparities between the less developed inland areas and coastal regions, by reducing disparities by an average of 30% at the level of the Regional Development Index.

To do so, the effort will be directed towards “improving infrastructure, promoting the development of regions and increasing their attractiveness, developing a regional financing system, improving living conditions of the inhabitants, developing decentralization and laying the foundations of local governance.”

The fourth challenge is related to the implementation of the pillars of sustainable development, which provides for balanced regional development, to integrate all regions, while respecting the environment. Its realization depends on a rational use of natural resources, better environmental protection and greater control of energy consumption.