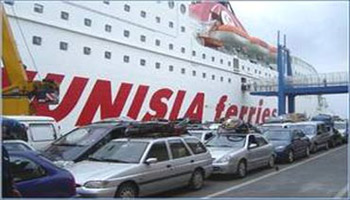 Despite its importance, the contribution of Tunisians resident abroad to the development process in Tunisia remains below expectations.

A disturbing finding that encourages a shift in thinking about the relationship to be established and fostered with expatriates and developing a policy that would promote economic activity and keep the pace of growth.

This responsibility falls on different actors, whether within the country or outside, in order to meet this challenge.

To do this, the state and support structures want to continue their support for immigrants in the coming period. In this regard, Secretary of State for Emigration and Tunisians abroad Houcine Jaziri, insisted, as he took part in the annual regional forum of investment and project creation for Tunisians abroad, recently held in Sfax, on the need to ensure the success of the new approach to emigration to consolidate development in the country and serve the national economy.

According to him, the redefinition of migration is based essentially on transitory emigration and coaching of businessmen, playing a key role in the development process. Indeed, Tunisians living abroad have strongly supported their native country’s economy either through transfer of money or creation of economic projects.

This is why efforts are ongoing to establish necessary and appropriate conditions for expatriates to mobilize financial resources. Product incentives were put in place by banks with the target sought-after is to get them to send currencies and promote the transfer of money.

The figure (1,200.818 expatriates) is a significant one and requires not only strengthening ties with Europe, the traditional partner of Tunisia, but also with other neighboring countries.

According to figures from the Tunisian Agency for Technical Cooperation (ATCT), 1,068 Tunisian skills were recruited abroad during the first half of this year. Among them, 155 are primo job seekers.

These were hired mainly in Saudi Arabia which ranks first with 251 recruits, followed by the United Arab Emirates (177 staff), and Qatar (162 staff), Libya (91 staff), and finally the Sultanate of Oman with 45 recruitment.

In any case, ways and mechanisms should be found to promote the contribution of the community in the development of the new Tunisia which will face, according to the IMF, “urgent” economic and social challenges after the political transition and should “transform “its economy.