HomeNewsTunisia down 14 ranks in Corruption Perceptions since 2010
News

Tunisia down 14 ranks in Corruption Perceptions since 2010 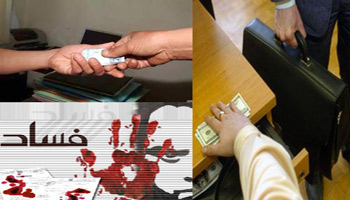 Tunisia lost, during the first year after the Revolution, 14 ranks in the Corruption Perceptions Index published annually by Transparency International, according to Sami Remadi, President of the Tunisian Association for Financial Transparency (ATTF).