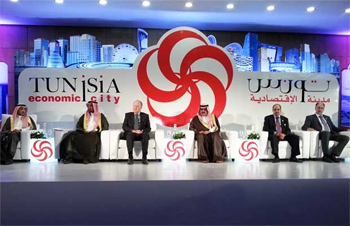 The megaproject “Tunisia Economic City,” which involves the construction in the town of Enfidha (Central East of Tunisia), of a large international economic, tourism, social and cultural city, was officially launched on Tuesday Tunis, at a press conference.

The concept of this mega-project is, according to its founders, to create, in a phased manner, a “smart city” that will stand as a business and tourism portal of the Mediterranean and a junction point between East and West and between the South and the North.

According to its promoters, the project will create a total of 250,000 jobs over the first 10 years.

Tunisia: companies must be attentive to international trends