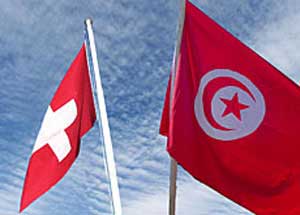 A Swiss official says his country has made headway toward returning some $40 million that was stolen from the Tunisian state and has been sitting in Swiss banks since Tunisia’s longtime regime collapsed in the Arab Spring uprising.

Valentin Zellweger, a legal adviser to the Swiss government, said Monday the federal prosecutor and highest court still have to take steps in the restitution case, but that the process has come a long way.

Zellweger declined to specify who had deposited the money in Switzerland, but said it wasn’t former President Zine El Abidine Ben Ali, who fled Tunisia during the 2011 uprising.

“In the Tunisian case, we are pretty well advanced,” he told reporters in Bern.

Switzerland is preparing legislation on the restitution of funds stolen by powerful people and kept in Swiss banks — once notorious as favored monetary hideaways among dictators.