HomeInterviewTunisia-EU: risks need to be calculated so that everyone benefits of Open...
Interview

Tunisia-EU: risks need to be calculated so that everyone benefits of Open Skies, says Philippe Vernet Burghelle 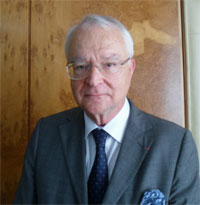 According to Philipe Burghelle Vernet, Head of the Mobility and Transport Directorate of the European Commission, Tunisia is required to apply a number of rules so that air transport with the upcoming opening of the skies will be operated in good conditions with the same rules.

Can you give us clarification on the Open Skies?

The idea of the Open Skies agreement is twofold. It is first to open the sky somewhat. Today, air transport between Tunisia and the European countries is governed by bilateral agreements which are often limited in terms of potential traffic.

The point is therefore to promote the development of air traffic between the two shores of the Mediterranean by putting these agreements in the framework of a European agreement.

The second objective is to ensure that transportation between the two shores is operated in good conditions with the same rules. This is what I meant in terms of skills in aviation security (environmental protection, air traffic management, etc.). In Europe, we have established a number of rules that the Tunisian side wants to apply here so that the agreement can work in good conditions.

Will Tunisia be able to begin this process in this particular climate?

I am absolutely convinced. Indeed, Abdelkarim Harouni, the Minister of Transport has already pointed out that many actions have been taken to ensure that this challenge is met. Naturally, in the course of negotiations, the particular situation facing Tunisia needs to be taken into account.

When negotiating any agreement whatsoever, one has to take into account the specific situations of both sides. But I think Tunisia can play this game, because work has been done at the level of experts in the field of air transport. Added to this is the work that has taken place between Tunisia and the EU, within the framework of the cooperation program. That program showed that this challenge can be met by the presence of a Tunisian airline expertise on which ambitious rules can be developed. This will take time, but I am convinced that we will get there for the mutual benefits of Tunisia and the EU.

But this opening has sparked controversy and fears are manifold. What are the anticipated risks?

I would prefer here to refer to the concrete experience we had with Morocco. This country was in a situation quite comparable with that of Tunisia when we started to negotiate the agreement. And in this regard, I want to refer to the Moroccan national airline. It had undergone a restructuring that was admittedly not easy, but that has now allowed Royal Air Morocco to earn profits since last year, compared to previous years.

Because air traffic between the EU and Morocco has doubled from 2006 to 2012, while maintaining average premium for passengers less than 40%.

This means that there is room for more traffic in better conditions for consumers while ensuring that each takes its place. This risk must be taken into account by ensuring the necessary resources to manage it. But I believe there is an answer that can be brought to those who express fears about the liberalization of skies between Tunisia and the European Union. This risk should be calculated, but when this is done, the benefits will be felt by everyone.

What are the actions to be taken then?

I cannot answer on behalf of the Moroccan authorities, or in place of Tunisair. I’m not at the heart of this case by definition. I know there are studies that are done on the necessary evolution of the Tunisian national company and I am convinced that evolution is possible.

And what about Tunisair?

This is a question that I can hardly answer. I am not aware of this, but I trust this company and the Tunisian authorities to ensure that the company can eventually liberalize the skies with the EU.

What is the contribution of the EU to this process?

Several support programs have been established for the development of the aviation sector in Tunisia which mobilize the Tunisian authorities, particularly the Directorate General of Civil Aviation so that Tunisia will gradually adopt a functioning air transport that is comparable to the EU, and that the operators of the two shores can operate in the best conditions.

Tunisia: Employment must be at the heart of macro-economic policy, says...