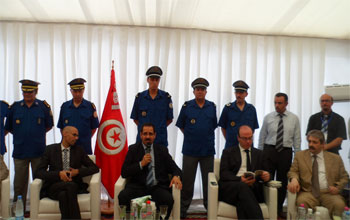 500,000 expatriates are expected for summer vacation. This positive trend, which illustrates the attachment of Tunisians living abroad to their homeland, will have an effect on the economic situation of the country.

To support this evolution and ensure a comfortable return to Tunisians living abroad during this season, efforts are made to provide them with specific advantages to make their return beneficial.

Opening of one-stop-shop in OTE

To this end, a one-stop-shop for Tunisian expatriates was opened on Tuesday, July 2. Set up at the headquarters of the Office of Tunisians Abroad (OTE), that shop, which includes all structures and bodies (customs, Ministry of Interior, Municipality of Tunis, tax office, CNSS, CNRPS, SNIT …) seeks, according to Khalil Zaouia, Minister of Social Affairs, to reduce administrative and customs procedures while shortening the time of service.

“Our goal is to provide our community abroad with specific benefits to meet their needs and contribute to economic recovery through the transfer of money and investment,” reported Khalil Zaouia.

This is obviously a strategic approach that will not only bring services closer to all structures of Tunisians abroad, but also minimize the difficulties faced by them.

In the same context, other initiatives were taken. We may cite the interactive portal called “bledi.com” which will come into force shortly with several online services as well as useful and timely information. Among other actions, there is also the publication of the first edition of the guide of Tunisians abroad in English and German languages. Added to this is the forum of Tunisians abroad to be held from August 12 to 14, 2013 at the cultural center of Hammamet.

Restructuring of the Tunisian Foreign Bank

For his part, Houcine Jaziri, Secretary of State for Immigration emphasized the importance of putting in place a plan of action for the benefit of the Tunisian Foreign Bank (TFB), located in France which currently faces several difficulties. The Secretary of State for Immigration said the bank is “victim of several policies adopted by the former regime. Worse, it was exploited for the benefit of the system of corruption. ”

To remedy this situation, Ridha Saidi, Minister to the Prime Minister in charge of Economic Affairs noted that the restructuring plan will be implemented. It will be the focus of a Cabinet meeting to be held Wednesday, July 3.

“The objective is to promote that bank, which should be the financial arm of Tunisia abroad,” he said, adding “this is an achievable challenge especially since the country has learnt about other foreign experiences, especially those of Morocco, Turkey.”