Tunisia-Exchange: Magasin Général reports results of more than 7.8 MTD in 2015 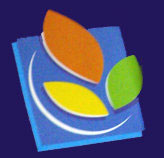 In a statement released on the website of the Tunis Stock Exchange, the company “Magasin Général» of Bayahi group has announced results of more than 7.834 MTD at the end of fiscal year 2015.
A year ago, the company’s result was 7.097 MTD, which brings up a slight increase in profit despite the crisis that does not seem to affect the distribution sector that feeds consumption, only engine of growth in recent years in Tunisia .
The company also announced the distribution of 0.450 dinars per share.
The consolidated income of the group deepens its deficit. According to the same statement, the group result was negative by 5.653 MTD at the end of fiscal year 2015, against a deficit of 4.010 MTD a year earlier.
The statement explains the increase of the group’s deficit by a goodwill amortization charge of the company “Promogro” by the group in 2008, a difference of more than 7.278 MTD.
Share
Facebook
Twitter
Linkedin
Email
WhatsApp
Viber
Pinterest
ReddIt
Tumblr
Telegram
Digg
Mix
Print
Previous article
Tunisia, Sierra Leone sign MoU in energy
Next article
Tunisia, South Korea sign MoU on energy efficiency

Tunisia: dinar depreciates by 5.5% in H1

Tunisia: ASSAD sees net profit up 15% in first half