Tunisia: foreign currency assets down to 111 days of imports (BCT) 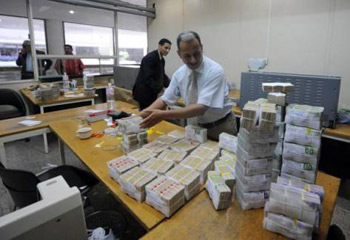 Tunisia’s foreign currency assets slightly fell to 12,759 MTD or equivalent of 111 days of imports dated November 26, 2014 from 114 days on October 28 and 107 days on the same date of the previous year, said the Executive Board of the Central Bank of Tunisia (BCT), which met on November 26.

The Board added that “this satisfactory level is explained by continued resort to mobilization of external loans (about 5.4 billion dinars from the beginning of the year.”

The BCT also noted the ongoing worsening of the trade deficit, arguing that foreign currency net assets were maintained at a satisfactory level.

Joint Statement by the Spokespersons of the High Representative / Vice-President...