HomeInterviewTunisia: government has failed in its duty and must resign, says lawyer...
Interview

Tunisia: government has failed in its duty and must resign, says lawyer Chawki Gaddes 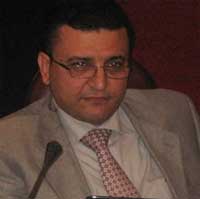 The current political situation in Tunisia, the conflict in the National Constituent Assembly and the legal and political foundations of the decision of Prime Minister Hamadi Jebali to form a government of technocrats were discussed at an interview given to Africanmanager by Chawki Gaddes, Professor at the Faculty of Legal, Political and Social Sciences and Secretary General of the Tunisian Association of Constitutional Law.

1. What do you think of the current political situation in Tunisia?

After the elections of October 23, Tunisians hoped that the new government could redress the balance. The current situation is serious. On the economic level, the daily life of Tunisians is a real barometer of the worrying situation in which the whole country is. On the social level, we would make the same observation: nothing has been done for poor families, the unemployed, young people … The political situation is indeed the result of these negative macro situations.

Today and for months, we have seen a range of political failures: failure of the government which was unable to improve the economic and social situation of the country. More importantly, it was not able to keep and build the confidence that the people must have in these rulers.

Failure also involved the opposition which was required to consolidate its ranks to become a credible and considerable interlocutor of ruling majority.

The failure also concerned the transition, since its purpose was to stabilize the country and begin preparing the legal framework and the establishment of structures that will bring democracy: the election authority (ISIE), the judiciary authority, the audiovisual media regulatory authority, transitional justice …

As for the NCA and its experience, it is a dismal failure. People’s representatives there have not grasped the stake of the period. They had to enact important laws, complete the constitution as soon as possible and control the government.

The three missions ended in failure.

The conclusion is therefore clear and obvious: rulers of this phase have failed in their duties, first and foremost the prime minister who accordingly should resign. This is the very logic of the regime in place, i.e. parliamentary.

2. What do you think of the decision of Hamadi Jebali to form a government of technocrats?

My opinion is that it was the right thing to do, in December 2011, perhaps after six months, so before summer 2012, but now it is pretty too late.

But as the adage says it’s never too late to start, nothing prevents a try.

3. Some constitutional experts believe the decision of Hamadi Jebali to form a government of technocrats is legal, since it fits, according to them, under a cabinet reshuffle, is it fair?

We must begin by saying that the problem is political and the legal framework is so badly done that it is of no use in these conditions. When the country was in turmoil, it was calmed down only when Interim President of the Republic Foued Mbazaa, without the law permits him, decided by political action to suspend the Constitution of 1959. The people, civil society and politicians from all sides applauded. So let us try together to acknowledge the failures and be convinced of them and find the appropriate therapy which is political rather than legal.

Now, as a constitutionalist, and with all the respect I owe to my professors, I would not justify the decision of Prime Minister Hamadi Jebali by the law on the provisional regulation of public authorities. In fact, the latter only allows changes in the government line-up, either after a motion of censure or outright resignation of the government.

We must begin by saying that the meaning of the second paragraph of Article 17 is too expanded to make it indicate that the Prime Minister has the right to conduct reshuffles, which, in this context, can only be partial.

Indeed, the law states that “… the prime minister is entitled … 2 – To create, modify and remove ministries and secretariats of state, and to determine their powers and prerogatives, after deliberation by the Cabinet meeting and notification of the President of the Republic.” the Arabic text also stipulates that he is entitled. It is clear that these involve structural changes rather than appointment at the head of these departments.

“This provision only applies if the government changes completely, and the reshuffle is only partial by definition.

4. The reshuffle sparked a great controversy in Tunisia? It took large dimensions although some lawyers consider it useless, what do you think?

To say it is necessary or not needs a political analysis which is beyond me. I am basically a lawyer who handles legal texts, but not resulting political facts.

5. To what extent can we say that the law drafted by Habib Khedher is causing conflict within the government and the NCA?

We must begin by saying that Habib Khedher is not the one who drafted the Law on the provisional regulation of public authorities; he is only the president of the commission which was at the origin of the text. The latter can be considered as the origin of the conflict by the political regime in place.

Indeed, the democratic transition started by Tunisia can not be reconciled with the nature of the parliamentary system. The latter works without problems of stability in irreversible democratic regimes. This situation is far from being so in Tunisia.

But the drafters and the majority of those who voted massively for the law were not able to draft a text that may allow to legally overcome a possible political crisis like the one we are experiencing. The text is silent on the possibility for the prime minister to replace ministers in his cabinet. The only case mentioned is that of Article 19 which refers to a motion of censure against one of its members.

6. How do you see the solutions to resolve this political crisis?

National dialogue is the only solution out of the crisis. We should remind that no person had refused the suspension of the Constitution of 1959, in March 2011. Today, the vast majority of Tunisians is required to begin first by acknowledging the failure of this stage, and then it will discover clearly the impossibility of applying the law on the provisional regulation of public authorities.

Once these steps taken, the premier minister should be tasked with forming a government of technocrats whose members will not run for election, he said.

This strangely reminds me of the situation experienced by Tunisia under the Government of Beji Caid Essebsi. Is it not said that history eternally repeats itself?

Tunisia: El Abassi promises inflation rate will be reduced to 5.3%...

African Manager - Economic and financial news in Tunisia and in the world.
Contact us: [email protected]canmanager.com