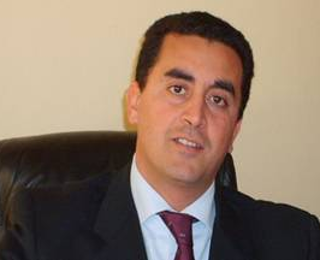 “Facilitating tax and administrative procedures for Tunisian and foreign investors and establishing a comprehensive economic roadmap are essential to save the economy,” President of the Tunisian Association of Brokers Adel Grar told Africanmanager”.

What is your assessment of the current economic situation of the country?

The country’s economic situation requires the establishment of an upgrade program for the period 2016/2020.

I also consider that the revision and amendment of the investment code through facilitation of investment procedures for the benefit of Tunisians and foreigners is a very important step to help them start their own projects in all regions of the country. It is in this context that individual benefits have to be established.

What will be the role of government in this regard?

The growth rate is closely tied to investment, and to reach our goals, we need to eliminate all obstacles.

The government should give positive signals to attract investors.

We have won the Nobel Prize which is a gain for Tunisia and we have become more respected and valued in European countries.

The tourism sector was hit hard, what should be done to save it?

Tourism professionals, men and women, are called to undertake more effort to restructure the sector. There is also need to launch a new vision, including for example, paying more attention to the interior regions of Tunisia, which are widely known by their own cultures, wealth, heritage…

Do you think that the phenomenon of smuggling has decreased under the state of emergency?

There is a significant improvement, especially with the success of security units in thwarting of several smuggling attempts. However, this phenomenon continues to represent a great danger to public health because the origin of smuggled products is still unknown. Worse, smuggling weighs heavily on the trade balance.

The state should find a solution to fight against smuggling, like for example, developing public spaces for merchants as part of competition and respect for the law.

Experts had predicted the bankruptcy of the state in 2016, what do you think?

Debt is currently at 54%, it was around 40% in recent years; therefore, we can not talk about bankruptcy as long as we did not exceed 54% of the debt ratio.

What do you think of the performance of Habib Essid’s government?

In the economic aspect, there is much to do and there is also a shortage. As regards the political and security situation, there is a remarkable improvement.

Tunisia: Exports up, imports down (INS)