HomeNewsTunisia-Guinea: 24 agreements will be signed this month
News

Tunisia-Guinea: 24 agreements will be signed this month 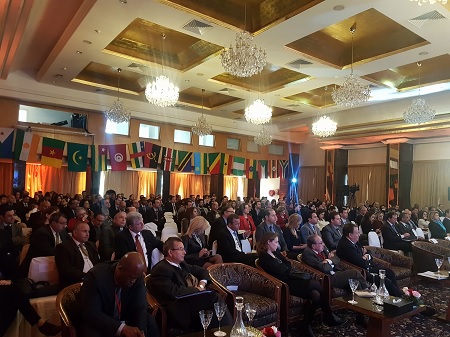 Partnership agreements, 24 in number, will be signed between Tunisia and Guinea on the occasion of the Tunisian-Guinean joint commission meeting to be held on February 18 and 19, said Director General of the Guinean Agency for the Promotion of Private Investment Gabriel Curtis.

This institution will conclude, on this occasion, a cooperation agreement with the Agency for Promotion of Industry and Innovation (APII), he told TAP on the sidelines of the Forum “Financing Trade and Investment in Africa” (FITA 2018) held on February 6 and 7 in Tunisia, at the initiative of the Tunisia-Africa Business Council (TABC).

The official said his country is seeking, through its participation in the forum, to boost investments and trade in the fields of energy, agriculture, basic infrastructure, education and health, “except that the projects exist but access to finance at sustainable costs remains difficult,” he said.

He recalled that the forum that took place in Guinea in 2017 at the start of the Tunisia-Conakry flight and the Guinean mission that visited Tunisia in 2016 gave rise to convincing results across the country, through the identification of projects and the implementation of agreements whose results will be visible in 2018, particularly in the areas of education, health and industries.

Curtis said that the Tunisian-Guinean trade amounted to eight million dinars, saying that this amount is “very low”.

Efforts are made to improve it in the light of the complementarity existing between the skills of the two countries and the investment opportunities in Guinea, he assured.

EBRD continues its support for Tunisia