HomeFeatured NewsTunisia: here is what Essid intends to do in the first 100...
Featured News

Tunisia: here is what Essid intends to do in the first 100 days in office 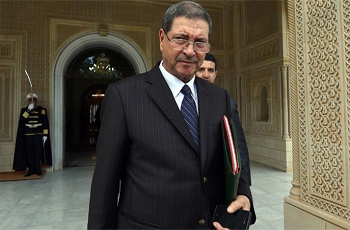 He will present it next week to members of the HPR (House of People’s Representatives) to win their vote of confidence, but it is already public. Prime Minister-designate Habib Essid has indeed distributed to some political parties a copy of his government’s program for the first 100 days.

The idea was to try to provide these parties, some of which would not agree on the composition of the government, food for thought on priorities that have been developed from their own earlier proposals.

What is urgent for the new Prime Minister, as reflected in the document given to political parties, is first and foremost to establish peace and stability, an essential condition for development. To do this, he seeks to strengthen the capacity of law enforcement and military units. He also plans to develop bilateral cooperation in the fight against terrorism and against organized crime.

Essid also notes in this document the urgency of resolving difficulties that impede the realization of more than one investment in more than one region. He should, thus, in our view, remember that the Secretary of State for Public Property had proposed the creation of an ad hoc jurisdiction with regard to cases of expropriation for public use.

Essid also plans to set up what he called “preferential financing” for small projects, with BFPME (SMEs financing bank).

Without too much detail, he refers to “measures to control prices, organize distribution channels, increase economic control, fight against smuggling and rationalize prices of fresh products.” It is an extensive program, almost impossible to run without a strong state authority.

Essid does not forget the “quality of life” and emphasizes his commitment to campaign for cleanliness and treatment of urban waste. He forgets the issue of landfills that ignited more than one region from Tunis to Djerba. Still in his efforts to improve the quality of life, Essid promises the construction of new social housing units to fight against uncontrolled construction. He forgot, for the moment, perhaps, that to buy housing, citizens must go into debt and the central bank has for a long time restricted access to consumer credit.

The prime minister, designate and seeking trust, also plans to fight against parallel trade through border control and enforcement of procedural and relevant measures.

The document, which says it wants to integrate this trade into the official one, does not say how. It does not state what the new government would do when the new rich of the parallel market in Medenine or El Jem protest against these measures, or whether will it dare to close hundreds of diverse warehouses of goods of that parallel trade.

Essid also mentioned in the roadmap of his first 100 days, the need to ensure the best possible conditions for the success of the next tourist season. He seeks to encourage hoteliers to initiate maintenance operations and invest in improving the quality of service.

He forgets to say that this sector is already in debt, it is at loggerheads with the banks that refuse to grant loans to those indebted before the resolution of the issue of debt.

– The hold-all of Essid

Otherwise, the roadmap of 100 days of Essid does not omit the points that everyone refers to and around which more of a willingness blocks. Pell-mell, there are of course regional development, infrastructure to open up regions, tax reform by broadening the tax base, financial sector restructuring, including the recapitalization of state banks, rationalization of public expenditure, rescuing firms in difficulty, rationalization of the compensation plan reforms of the pension and health insurance as well as reform of the health system: many headlines and delicate difficult issues, without further detail.

– A wishful thinking and a good idea.

Finally we may retain the concern of the prime minister for a respite or a social truce, by trying to return to the model of triennial wage negotiations which he prefers through the Supreme Council for National Dialogue he intends to create. This concern may unfortunately turn into a wishful thinking facing the power and hegemony of the UGTT.

The original idea of the entire program of the first 100 days of Essid’s government remains this will to continue building the next model of development that he plans to develop around the ICT and digital technology.

Canada to boost investments in Nigeria