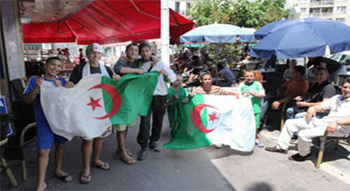 The border crossing of Melloula, Tabarka delegation (Jendouba governorate), saw, for the first time, a strong influx of Algerian tourists, with the arrival of 644 thousand tourists until December 2016, up more than 32% compared to the year 2015, TAP said, quoting a report from the regional commissioner of tourism in Tabarka.

The border crossing of Babbouche (delegation Ain Drahem to Jendouba) had recorded the entry on the Tunisian territory of nearly 127 thousand Algerian tourists until the end of 2016, up more than 55% compared to 2015, according to the report.

The number of tourists visiting the city of Tabarka exceeded some 158 thousand tourists in 2016, a rise of more than 15% compared to the year 2015, according to the same source.

This strong influx of Algerian tourists is explained by the security stability registered in the region and the quality of tourist services provided, in addition to the importance of the tourist promotion campaign launched by the National Tourist Office, said the same source.