Tunisia: How to prevent this, 2 weeks before Ramadan?! 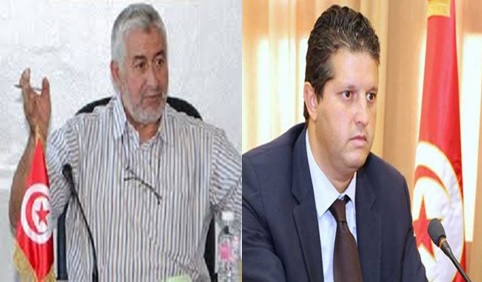 According to official statistics released by the Ministry of Agriculture, Water Resources and Fisheries, national milk production is estimated at more than 600 million liters of milk, all consumed.

However, over the last ten years or so, milk production has decreased by 7% per year. In 2018, the government had imported 10 million liters of this product in order to ensure market supply in this area, because dairy products are a staple of the Tunisian consumer.

Reacting to recent media reports, according to which the prices of several commodities like milk, will be revised upwards in the year 2019, the communication service of the Minister of Trade had categorically denied these “claims” and confirmed in a statement to AfricanManager that there will be no increase in the price of milk at the consumer level.

The same source also said that meetings between Minister of Trade Omar El Behi and dairy professionals are planned to find solutions.

On the sidelines of a protest by farmers and dairy industry professionals, Abdelmajid Zar, president of the Tunisian Union of Agriculture and Fisheries (UTAP), said farmers are demanding an increase of 180 millimes per liter, pointing out that they could not continue producing at a loss.

It is also recalled that UTAP and the Tunisian Union of Industry, Trade and Handicrafts (UTICA) decided to suspend the production and distribution of milk and its derivatives from April 18 to 20, 2019.

In a statement issued on April 10, 2019, the two organisations denounced the indifference of the supervisory authority, and called on the parties concerned to intervene urgently to save the sector.

Purchasing power of citizens has deteriorated by 88%!

Professor of Economics Ridha Chkoundali said in a statement to TAP according to data from the World Bank, the purchasing power of Tunisian citizens has deteriorated by 88% during the period 2010-2018.

That deterioration is mainly explained by the depreciation of the national currency and the surge in prices.

“To return to a purchasing power of the middle-class citizen that is equal to 2010, it is essential to double the salary of the latter from 760 dinars currently to 1500 dinars,” he pointed out.

According to him, the depreciation of the dinar had negative repercussions, also, on Tunisian companies, insofar as it lost its competitiveness, and also on the State, since the repayment of its debts weighs heavy on public finances, particularly the reimbursement of interest