Municipalities can count on Germany in key areas 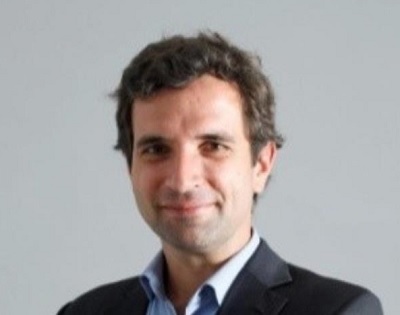 The German Agency for International Cooperation in Tunisia (GIZ) plans to expand its technical assistance to local authorities in Tunisia as part of the Tunisian-German energy partnership.

Through its experts and its cooperation with national institutions and companies (ANME-STEG and others…), this German federal institution also advises and technically assists the Tunisian government in the fight against climate change and the issue of energy independence.

In an interview with TAP, Head of Energy and Climate Cluster at GIZ Tunis office, Arne Schweinfurth spoke about projects planned by the agency in Tunisia and highlighted the Tunisian experience in energy transition.

TAP: Cooperation between Tunisia and GIZ has led to the implementation of several projects in the field of energy. Are there any new projects planned in the near future?

Arne Schweinfurth (A.S.): Yes, GIZ is considering providing technical assistance to a number of small municipalities in Tunisia in the field of waste management. We will opt for a partnership with newly created municipalities, those that lack experience in this field.

Currently, we are not targeting specific projects, but we will identify the details and components of the projects with all stakeholders in the coming months and work to select municipalities in rural and urban areas to address this challenge.

The GIZ plans to carry out a Tunisian-German project as part of the adaptation to climate change. Calls for tenders for this project will be launched shortly.

Regionally, we will continue to increase photovoltaic energy projects, especially along the coast. We therefore advise economic operators to direct their investments towards other regions, such as Jendouba, Tozeur and Gabès, to strengthen electricity generation from the sun for the benefit of households and therefore contribute to regional development.

TAP: Why has GIZ not so far contributed to waste-to-energy projects; such projects would have contributed both to reducing the energy deficit and solving Tunisia’s waste problem?

A.S: In reality, GIZ does not focus on waste-to-energy projects, as this requires large logistical resources. Such projects require the sorting of waste from the source and its regular processing at the collection and processing centre with the required quality to be used in energy production.

In other words, it is not possible to open electricity production stations without providing value chains.

With regard to biogas, i.e. gases produced from the fermentation of organic matter in the absence of oxygen and used in cooking, electrification, heating, engine management, irrigation machinery operation and power generation, we intend to examine the possibilities of carrying out this project to exploit the biogas available in landfills.

Solutions should also be found for these privately operated landfills and the tasks of each party involved should be determined in order to ensure the exploitation of waste in the energy sector.

Pending the completion of waste recovery projects that remain complex and lack value chains, I think it is appropriate to intensify projects for electricity generation from solar energy, given the ease of this technology and the existence of the necessary skills, unlike other projects based on wind energy, which turns out to be a funding gap.

TAP: How do you assess Tunisia’s experience in the production of electricity from solar energy and do you consider that Tunisia is lagging behind in the implementation of renewable energy projects?

A.S: We are happy to work for several years with the National Agency for Energy Management (ANME) and the Tunisian Electricity and Gas Company (STEG), although we disagree with these structures on some issues, including the method of carrying out projects or the implementation period, given the delay.

However, this delay is mainly due to the weakness of human resources, especially since ANME cannot manage a large number of projects scheduled in a short period of time and its human resources are limited despite their skills in the field (agreement on advantages for the production of a megawatt of solar and wind energy in addition to the “PROSOL” project for the production of hot water in households from solar energy…).

On the technical level, ANME cannot carry out all projects, especially since it has few staff. I think that the Tunisian government is not currently recruiting, because of its commitments with the IMF, which explains the difficulty of employment in the civil service.

With regard to Tunisia’s experience in the field of renewable energies, I do not know its history, but I am aware of the progress made since 2014 in this field and the openness of the administration to partnership with the private sector and civil society.

I am convinced that the implementation of energy efficiency and the installation of photovoltaic equipment and wind energy depend on the support of the private sector, which shows initiative and takes the risk in carrying out these types of costly projects.

Besides, there is work to be done with civil society to raise awareness and conduct awareness campaigns on the importance of energy efficiency.

I also call on professionals and industrialists to start with the local industrialization phase of photovoltaic panels, which is still blocked, but if it starts effectively, this activity is able to provide jobs in Tunisia.

TAP: In your opinion, is Tunisia in a position to ensure an efficient energy transition?

A.S: With the presence of nearly 100 companies working in the field of solar energy panel and equipment installation, I think that a large number of them have the experience and capacity to carry out a 100 megawatt solar energy electricity production project.

There is still a long way to go before some Tunisian companies can master this technology.

As things stand at present, Tunisia cannot install solar energy stations with a capacity of 100 megawatts without the expertise of large foreign companies. However, it can support small solar energy projects in the local market.

In addition, it is important to work on the basis of priorities, programs and objectives that will be set by the government and not just administrations and ministries to ensure the success of projects.

The best solution is to involve other structures such as the private sector, civil society and academics to make a difference.

I believe that Tunisia is in a position to make progress in the solar energy sector and this requires political decisions to activate issues related to electricity production from renewable energies, especially since ANME and the private sector are full of skills that can ensure progress in this field.

Government must face up to its responsibilities, says Bassem Loukil