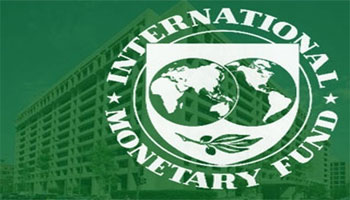 The International Monetary Fund said Monday that Tunisia needs urgent action to rein in budget deficits and generate growth, as its loan disbursements to the country remained under delay.

The IMF said at the end of a mission to Tunisia that confidence in the economy continues to suffer due to the lack of progress on political reforms as well as ongoing security problems.

Mission chief Amine Mati said in a statement that investors continue to take a “wait-and-see” attitude toward the country, adding to its troubles and increasing the downside risks to the economy.

He called for more reduction of the country’s budget and foreign trade and capital deficits, tighter monetary policies and a more flexible currency.

The mission statement notably did not recommend a new disbursement in the IMF’s $1.74 billion loan program for the county.

After an initial $150 million was transferred in June, Tunisia was expected to receive an identical amount in September, following the successful completion of the IMF’s first program review.

But the first review has now been rolled in with the second review, without that disbursement. And that has further left in question another tranche scheduled for disbursement in mid-December under the original loan program.

Mati said the IMF “remains fully committed to supporting Tunisia,” but stressed that “it is essential to speed up the implementation of the government’s reform program” to generate growth.”

Statement by the spokesperson on the pardoning of prisoners by Egypt’s...