HomeNewsTunisia: inflation rate edges down to 4.1% in 2015
News 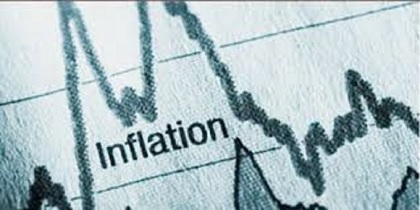 Tunisia’s inflation rate has dropped to 4.1% in 2015 from 4.8% in 2014 and 5.7% in 2013, said the National Institute of Statistics (INS).
This rate has followed a roller-coaster ride in 2015, with an average rise of 5.7% in February, March and April and then a 4.2% decrease in September. It resumed the rate of increase in October to 4.6%.
The general rise is due to the evolution of the prices of “food and beverages” group by 3.3%, the “housing and domestic energy” by 5.3% and “clothes and
footwear” by 7.1%
Regarding the “food and beverages” group, the price increase is particularly due to the rise in prices of vegetables by 7.4%, those of edible oils by 6.8% and those of fish by 4.6%.
This increase was also the result of the growth in prices of pastries by 4.1%, those of milk and derivatives and eggs by 2.6%, prices of fruit and dried fruit by 1.4%. Only meat prices have decreased 0.7%
As for prices of drinks, they went up 7.3%, after the increase in coffee and tea prices by 11.3% and those of mineral waters and soft drinks by 5.5%
Regarding “alcoholic beverages and tobacco,” their prices also posted a rise of 0.6% in 2015 compared with 2014, with a peak of 14.1% in October 2015 and a rise in liquor prices by 8%
The “clothes and footwear” group has also posted an increase in prices. Its 7.1% rise is explained by the increase in prices of footwear (6.4%), those of clothes (2.8%), fabric (2.8%) and clothing accessories (15.3%).
This is the same for the “housing and domestic energy” group which has recorded a rise of 5.3% in 2015 after the increase in rental prices by 7.7%, those of housing maintenance by 3% and those of drinking water and sanitation by 3.2%. Only electricity and gas prices remained almost stable in 2015.
Share
Facebook
Twitter
Linkedin
Email
WhatsApp
Viber
Pinterest
ReddIt
Tumblr
Telegram
Digg
Mix
Print
Previous articleTunisia: private investment in agriculture and fisheries up 2.8%
Next articleTunisia: Tunisian-Sudanese business meeting at CEPEX

Tunisia: Slight drop in industrial production in first 11 months of...

Tunisia: drop in investments reported in the industry