Tunisia: is the country really hit by drought? 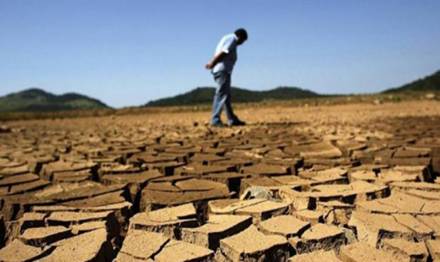 “Tunisia is currently hit by drought and is below the hydraulic scarcity threshold of 460 m3 per capita per year.

The situation could deteriorate further if there is no rain in the coming months, “recently announced the Minister of Agriculture, Fisheries and Water Resources, Saad Seddik.

He said the country has been suffering from this situation for a long time and several master plans have been implemented since 1970 to resolve this issue, affirming that these plans have helped to build several dams to better manage water resources in Tunisia.

The minister also reported that the water reserves in Tunisia have decreased by 400 million m3 compared to the year 2015 and that some dams in Kairouan and Cap Bon no longer contain water, while ensuring that water supplies are adequate and that Tunisia has experienced a similar scenario in 1994 before the crisis is completely outdated.

It is recalled in this context that a significant disruption in the distribution of drinking water in Tunisia has been recorded in recent weeks in several regions of Tunisia. This disturbance is due to drought and lack of rainfall during the year 2016.

This drought coincided with the increase in consumption of drinking water during the summer season. Tunisia is currently facing a deficit of 15%, particularly in the regions of Sfax, Nabeul, Sousse and Mahdia…

A study of the “World Resources Institute” had announced that the country would be among the 33 countries most likely to experience water scarcity by 2040. UNESCO experts also placed Tunisia in the group of countries that will have serious water problems by 2025.

Faced with this threat the Tunisian government is expected to implement contingency plans to address such shortages, but also to clean up and re-level equipment more than ever vital in a country where every drop counts.