HomeFeatured News"There is much to do for women to be present in all...
Featured NewsInterview

“There is much to do for women to be present in all areas,” says Mamia Besbes 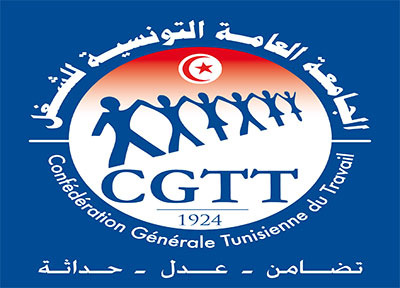 The celebration of Women’s Day on August 13, 2016 is an opportunity to insist that the protection of women’s rights is a top priority and that the various stakeholders will fight hard to ensure the independence of Tunisian women.

It is in this context that Mamia Besbes, officer in charge of the working women’s committee at the General Committee of the Tunisian General Labor Union gave an interview to African Manager

What is the role of the working women’s committee?

We are a structure that ensures support and protect the rights of Tunisian women. We work to organize awareness meetings in various regions of Tunisia to educate women workers on their various rights in the civil society and in their work. We are more concerned with women who work in the public service.

Do you think that Tunisian women enjoy all their rights?

We are aware and convinced that Tunisian women has enjoyed many privileges since the independence, compared with other Arab countries. They occupy very honorable positions and they are independent and emancipated intellectually. However, much remains to be done for them to be present in all fields and to achieve gender equality.

Rural women are still marginalized; do you have a strategy to support them?

Yes, it’s true. We have conducted field visits to get an idea of the situation of these women. We noticed that they are suffering from several problems. A large majority of them are not aware of their rights; some of them are abused by their husbands, unemployed, abused and marginalized by society. We are concerned about their situation and we are working to preserve their rights and raise their awareness.

What are your plans for working women in the public service?

Obviously the situation of women in the civil service is still under scrutiny by the committee. We work to achieve gains for them. For example, we are currently proposing the extension of maternity leave for women by drawing on foreign experience. We are also mobilized to denounce any breach recorded against them, especially in the workplace…

What do you think of the Personal Status Code?

It is a great achievement for Tunisian women. With this code, women were able to realize tangible achievements in various sectors. We also work to make efforts to protect women’s gains.

Tunisia: revenues of City Cars up 52%

Tunisia: NBI of Attijari Bank up 16%