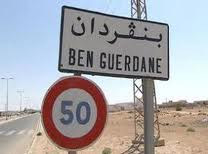 The Tunisian National Railways Company (SNCFT) has announced the launch on September 1, 2014 of a daily bus-train service between Tunis and Ben Guerdane, via the station of Gabes.

Departure of the train is scheduled at 6 am from the Tunis station to Gabes station, where the shuttle will continue by bus to reach Ben Guerdane at 15:35.

Return will be by bus at 7:45 a.m. from the town of Ben Guerdane to the station of Gabes. Travelers will then be taking the train at 10:15 a.m. to reach the station in Tunis at 5 p.m., notes the source.

Africa urged to invest in science and technology to improve agriculture