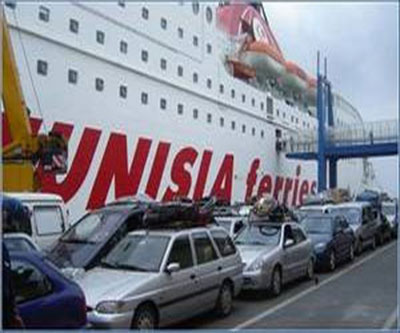 A new commercial shipping line will be launched at the end of July 2016, between Tunisia and Russia to promote Tunisian exports to the Russian market, said Ali belgacem, CEO of the Tunisian Navigation Company (CAN).

For the launch of this new line, a memorandum of understanding was signed by the CEOs of CTN and CEPEX at the exporter house in Tunis.

The new shipping line offers resident exporting companies exporting food products or crafts on the Russian market a reduction of 33% of the amount of shipping costs for agricultural and food products and 25% for craft products, said Belgacem.

He added that the Ministry of Transport has awarded a grant to the CTN in order to apply these cuts, particularly as the financial situation of the CTN has become critical in recent years.

He also said that two trips per month will be scheduled in ships with a capacity of 400 to 500 containers. The duration of the trip is 6 days, against 11 days previously.

Aziza Htira, CEO of CEPEX said this new shipping line will help boost Tunisian exports to Russia, which are still low. “This line will certainly lower the costs of transportation, ensure the entry of currency into the country and make known Tunisian products.”