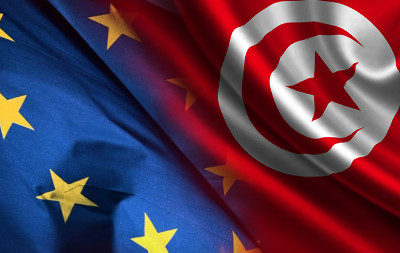 The current situation in Tunisia justifies the launch of a real “Marshall Plan” to support democratic consolidation and foster economic development, said MEPs in a debate on Tuesday afternoon and a resolution voted on Wednesday.

They also welcomed the stepping up of the strategic dialogue between the EU and Tunisia in the fight against terrorism and the establishment of an EU-Tunisia Joint Parliamentary Committee.

“Encouraging is no longer enough. Now it’s time to take concrete actions. The stability of Tunisia is our stability. Its prosperity is our prosperity. Tunisian civil society has earned the Nobel Peace Prize, and the European Union must now show that solidarity and foresight”, said rapporteur Fabio Massimo CASTALDO (EFDD, IT).

In a resolution on EU relations with Tunisia in the current regional context, passed by 596 votes to 59, with 49 abstentions, MEPs stress the need to support the Tunisian People’s Representative Assembly in the light of a fragile regional context.

To promote the consolidation of democracy, MEPs welcome an EU Commission proposal for €500 million in macro-financial assistance and call for the Tunisian Strategic Plan for Development 2016-2020, a real “Marshall Plan”, to be implemented swiftly, by establishing regulatory frameworks to facilitate the absorption of support to be provided by the EU and all international financial institutions.

MEPs also express concern about the sustainability of Tunisia’s debt and advocate converting it into investment projects.

They also are deeply concerned about the immediate spillover to Tunisia of insecurity originating, inter alia, from instability in Libya and about the high number of Tunisian foreign fighters joining Daesh and other terrorist groups.

While welcoming the recent stepping up of EU-Tunisia strategic cooperation in the fight against terrorism, MEPs warn against infringements of civil liberties and human rights allegedly permitted by Tunisia’s recently-introduced legislation on counter-terrorism.

Tunisia guest of honor of 2017 SIPSA-SIMA in Algiers