HomeFeatured NewsTunisia: off-season at risk if we do not find solutions to the...
Featured News

Tunisia: off-season at risk if we do not find solutions to the crisis 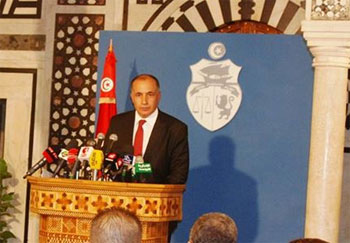 Speaking at a press conference held Thursday, September 5, 2013, at the Government Palace, Tunisian Minister of Tourism Jamel Gamra said that the results achieved in the summer season in tourism meet the desired objectives.

The number of tourists who visited Tunisia this summer has reached 4.2 million tourists. Revenue from tourism is estimated at 2,080 million Tunisian dinars (MTD).

For the Maghreb countries, a significant improvement was noted for Libya with a 20% growth compared to 2010 and for Algeria with a 7% increase compared to 2012, the minister said.

So everything is going well for the Tunisian tourism. Everything is on the rise, despite all the circumstances Tunisia has faced during this year 2013. The minister is not surprised and reminds us, for example, of the efforts of his team and himself on the UK and Algerian markets.

However, we have to remember that the Minister had promised to end the year with seven million tourists. It should also be recalled that the 4.2 million tourists are down 12% compared to 2010 and the 2,080 MDT are 5% below those recorded in 2010, excluding the currency effect that inflates the figures in TD. But this is another problem, when we know that Tunisian hotels always commit the blunder to conclude their allotment contracts in TD rather than in foreign currency.

Regarding the impact of the recent acts of terrorism that hit Tunisia, the tourism minister confirmed that “the recent events in the national scene have had an impact on the tourism sector, albeit limited in terms of cancellations of bookings, but there are serious concerns over the off-season 2013. On the other hand he said that “the off-season 2013 is threatened if we do not find solutions to overcome the crisis.” However, the minister is confident and says the booking for the off-season is good and expects an occupancy rate of 70%

About the goals set out by the Ministry of Tourism to attract customers, Jamel Gamra indicated that tourism promotion campaigns have been launched in several North African and foreign markets. “In recent months, we have launched a marketing strategy that aims to promote health and wellness tourism, golf tourism…”

Responding to a question of Africanmanager about the information recently relayed by foreign media indicating that the infrastructure of Tunisian hotels suffers from several problems, he said that “a large number of hotels need innovation and maintenance to attract more tourists, it is in this context that several hotels have joined the hotels upgrading program, he indicated.

Tunisia: flights from Leeds Bradford Airport are back

BADEA holds first board meeting of 2013 in March

Tunisia: CEPEX to hold workshop on opportunities for textile products to...