HomeNewsTunisia: 14,668 businesses set up by Tunisians in Italy in 2017
News 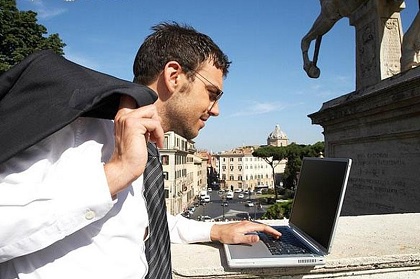 Italy is Tunisia’s second largest economic partner (after France), with more than 860 companies established here and generating more than 63,000 direct jobs, but Tunisians are also very active in Italy.
The 2017 report of the Italian Federation of Chambers of Commerce tells us that until the end of last year, there were 14,668 businesses created by Tunisians (10th place in the ranking).
It has also been reported that 6% of Tunisian-run enterprises, or 874 companies, operate in Reggio Emilia, an Italian province of about 170,000 inhabitants.
But Tunisians do not weigh heavily in front of Moroccans, the community of non-EU immigrants who set up the largest number of sole proprietorships in Italy with 68,259 company creations, followed by Chinese (52,075) and Romanians (49,317).
The Egyptians are also active with 18,612 businesses all over Italy…
It should be noted that in one year, the number of companies declared by foreigners living in Italy has jumped by 3.4%, according to the report of the Federation of Chambers of Commerce.

Tunisia: current account deficit continues to narrow in November to 7.9%...