Tunisia-olive season: everything is hunky-dory! 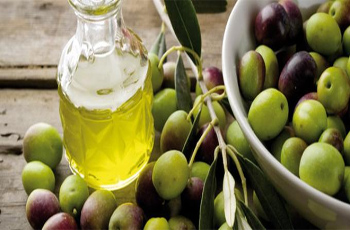 “With better forecasts for the next olive oil season, we work to reposition ourselves in the international market,” said Noureddine Agrebi, general manager of food industry at the Ministry of Industry.

He called the next olive crop exceptional in terms of production that could already exceed 280,000 tonnes. “All measures and precautions have been taken to ensure the success of that campaign,” he assured, adding that it coincides with the decline in production internationally, particularly in Spain where the production of ‘olive oil fell from 1. 4 million tons to 750,000 tons.

He said this increase in the Tunisian production is due to the weather conditions marked principally by large amounts of rain. In this context, he noted that the packaged olive oil posted a significant increase by exporting to more than 40 destinations. Moreover, exported packaged quantities increased from 500 tons in 2006 to 14,000 tons in 2014 under Tunisian brands generating 105 billion dinars.

With these projections, the coverage rate of the food balance will certainly be improved in 2015 with a good production of dates against an expected 25% drop in grain imports.

Indeed, forecasts indicate an improvement in the coverage to reach 90% in 2015 against 65% currently.

This is obviously achievable with good production of olive that will enhance the export of this product, according to Agrebi. Indeed, estimates indicate an increase in exported quantities of this product during the coming period with revenues expected to reach 900 billion against 290 billion made in 2013.

Will Tunisia be able to achieve self-sufficiency?

Noureddine Agrebi said, on the other hand, that efforts aim at ensuring food security in Tunisia that already has everything it needs to meet this challenge.

The goal is ambitious, but it is a long-term project since it depends on several factors.

To do this, the development of innovative products remains more than ever a necessity. These products include olive oil whose sale price added value would be around 30 and 40%. Then there are the finished products for consumption.

Agrebi noted that this approach also requires the sustainability of promotional actions and the diversification of operations. Because the objective is to explore potential markets. Moreover, actions are planned in 2015 in several markets like the Chinese, Brazilian, Indian and Russian markets.

He, in this regard, recalled that about 1.5 million dinars are invested annually in order to ensure the presence in these markets through advertising campaigns and participation in exhibitions and fairs.

In addition to the enhancement of innovative products, emphasis is currently placed on the organization of major food chains. The desired goal is to ensure better cooperation between farmers and other stakeholders, said Noureddine Agrebi, noting that production contracts should be established between producers and manufacturers to solve the various problems faced by the different food sectors.

Among other actions, he pointed to efforts to implement the payment systems of agricultural products for processing (milk, tomato…) according to their quality.