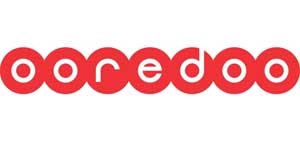 Ooredoo Tunisia has launched the Web Awards 2014 in its new edition. This event was created to identify and bring out of the shadows original content creators and encourage the best talents in the Tunisian net.

In its previous editions, the competition has established itself as a promoter of creative Tunisian youth to the general public of Internet.

With this objective in mind, this 3rd edition has changed its format while distinguishing itself by rewarding creative projects rather than creative profiles.

Thus, the platform TunisiaWeb Awards has become a virtual showcase throughout the year, where projects will be submitted to the judgment of users.

These users have the opportunity to evaluate these projects with the concept “L’inter’note,” which becomes therefore the first stage of the competition.

From now until December 17, 2014, users will be asked to rate on a scale of 1 to 10 projects that will be present on the platform and divided into several categories, namely: Entertainment, Utilities, Technology, Photo, video, Music, Citizenship and Other.

For its part, the jury then intervenes by noting in turn, projects present on the platform to calculate an average. Once the average is calculated, a short list of the top 5 projects in each category will be determined and made public on December 19, 2014. From that moment will start the voting phase of Internet users in each category. This phase will end January 2, 2015 to allow the counting of votes.

On 9 January 2015, winners will be announced at a gala evening in a prestigious hotel in the capital. The winner of each category will be awarded a scholarship of creativity.