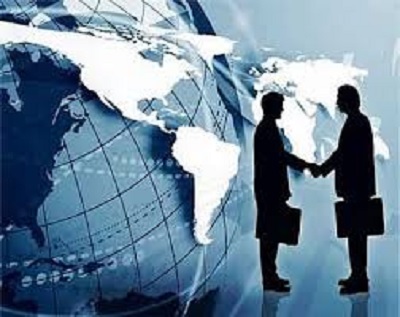 Trade between Tunisia and Pakistan did not exceed $35 million in 2017, that is around 70 million Tunisian dinars, said member of the Tunisian Confederation of Industry, Trade and Handicrafts (French: UTICA) Executive Bureau Khalled Sellami. This falls short of ambitions of private operators in both countries.

There is great potential for trade, particularly in IT, olive oil, pharmaceuticals, tourism and handicrafts, Sellami Monday indicated at a Tunisian-Pakistani business forum held at the seat of the confederation.

Ambassador of Pakistan in Tunis Zaheer Pervaiz Khan commended 60 years of relations of cooperation and friendship and highlighted the interest Pakistan takes in importing olive oil among others. Trade is yet below the potential of both countries, he highlighted.

“Tunisian businessmen are very enterprising; this market is not small because you have linked markets in Africa and Europe, and we can use this market as a hub,” the diplomat pointed out.

He also said he hopes a fresh boost will be given to economic relations by means of identifying new niches.

Tunisia’s location can help Pakistan sell its products in Africa, he indicated; Pakistan is likewise not only a large market with over 200 million people but is also located in a region of billions of customers that make one fourth of the world’s population.

Director for Asia at the Foreign Ministry Riadh Essid said Tunisia and Pakistan are working on two lists of products with preferential import and export tariffs, which would help boost trade. He also spoke about earlier talks to encourage businessmen to enter joint ventures in textile, phosphate and olive oil.

“This is the start of a new phase in our economic cooperation,” he highlighted. Tunisia and Pakistan’s FMs signed last February several agreements and memoranda of understanding in relation to cooperation in agriculture, legal affairs and SMEs at the ninth session of the Tunisian-Pakistani Joint Commission held in Tunis.

Exports Promotion Centre (French: CEPEX) representative Ikbal khaldi said exports accounted for 38% of the GDP in 2017 with 6,600 exporting companies offering 5,900 products and targeting 159 markets; Europe though has the lion’s share.

Exports to Asia account for 2.78% of total exports, he further said. Pakistan is Tunisia’s 10th customer and 12th supplier; Tunisia’s imports mainly include fabric while exports consist in phosphate and chemical fertilizers

Slim Chaker to African Manager: “We will soon borrow from international...