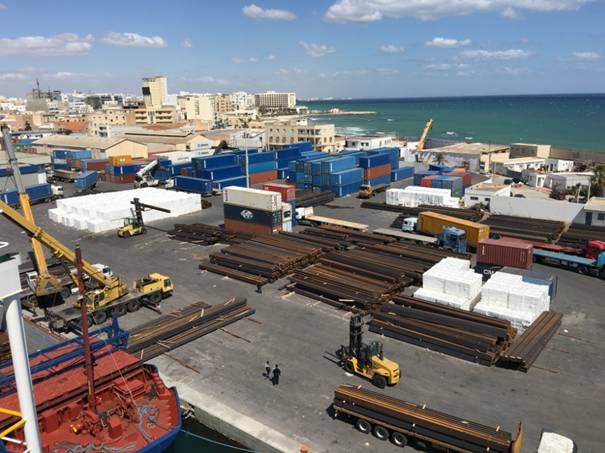 The results of Tunisia’s foreign trade at current prices in January 2020, show that exports fell by 4.2% against +21.9% during the month of January 2019 and the trade deficit was almost halved.

The distribution of trade by regime shows that exports under the offshore regime recorded a 4.5% drop against +23.1% during January 2019.

Imports under this regime saw a decrease of 7.2% against +12.9% during the same period in 2019. That finding should, in principle, call on the Tunisian authorities to know the cause and provide a solution as soon as possible.

The decrease observed in exports (-4.2%) during the month of January 2019 concerns the majority of sectors.

On the other hand, the agriculture and food-processing industries sector recorded a +7.5% rise, resulting from higher olive oil sales (158.8 MD against 145.5 MD) and the mining, phosphates and derivatives sector by +0.4%.

Tunisia’s exports to the European Union (73.4% of total exports) decreased by 4.3%. This evolution is explained, on the one hand, by the decrease of the country’s exports to some European partners, such as France by 9.9% and Germany by 14.8% and, on the other hand, by the rise in sales to other countries, especially Italy by 2.7% and Spain by 13.1%.

With the Arab countries, exports grew with Algeria by 14.8%. On the other hand, exports decreased with Libya by 18% and with Morocco by 17.1%.

It should be noted that the drop in capital goods, as well as that of raw materials, are not a good sign for a possible economic recovery.

Such declines are generally an indication of lower investments in the future, or an expected drop in production, or at least its stagnation in the case of stocks already made of capital goods and raw materials.