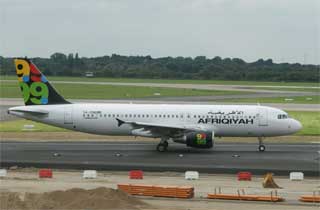 The agreement stipulates the direct participation of LAAHC in the center’s capital by redemption of shares as well as the signing of an exclusive agreement with Libyan airlines (Libyan Airlines and Afriqyah Airways) to entrust the center with all their aviation training activities.

The new agreement also aims to strengthen ties between the two countries, while allowing the center in question to consolidate its position as a leader in the region with a greater international influence.