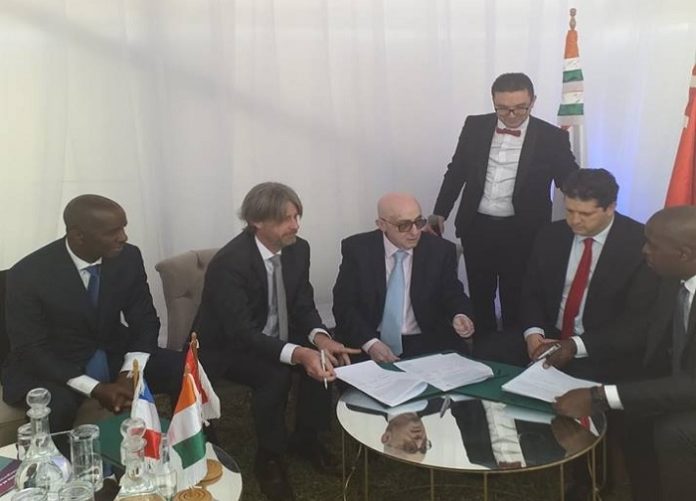 A cooperation agreement was signed on Monday, January 7, 2019 between Cloud Temple Tunisia – the fruit of a partnership between Poulina Group Holding (PGH) and the French company Intrinsec – and the Ivorian bank and insurance group “NSIA” which operates in 12 African countries.

The company born of this alliance is called “Cloud Temple West Africa”.

General Manager of the new company, Mohamed Ali Chouchane, announced that “Cloud Temple West Africa”, headquartered in Abidjan, will offer hosting services, outsourcing (management of computer tasks entrusted by a company to an external provider) and cyber security for all critical IT systems in West African countries.

A first contract was signed, on this occasion, between “Cloud Temple West Africa” and the group “NSIA”, covering €10 million (the equivalent of 33.89 million dinars) over 5 years to outsource and secure their computer systems, said Chouchane.

Regarding the NSIA, it was created in 1995 and gradually established itself in the field of Insurance.

Since 2006, by acquiring BIAO Côte d’Ivoire, the third largest bank in the Ivorian financial market, the group has achieved its dream of combining its insurance business with the bank business.

Today, after 16 years of activities, the NSIA group has become an important Insurance and Banking network in West and Central Africa.

Tunisia: manufacturers mixed on future of their companies

“It is time to solve problem of scarcity of profiles requested...