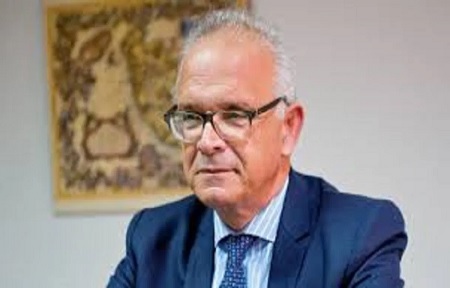 In an interview with TAP news agency, he noted, from the outset, that the improvement of the situation of the dinar and the revival of tourism, recorded in 2019, remain fragile”.

In 2019, the dinar has re-appreciated by more than 10% against the dollar and the euro. But this desirable re-appreciation corresponds to an impoverishment of Tunisia and the Tunisian people,” businessman and economist Radhi Meddeb said in an interview with TAP.

In economic theory, “the behavior of two currencies, one against the other, is linked to the inflation differential between the two sides. However, inflation is 6.8% in Tunisia and 1% in the euro zone (2019). This is why I say that the re-appreciation of the dinar against the dollar and the euro is punctual and fragile,” he pointed out.

For the current re-appreciation to be effective, sustainable and stable, it is necessary to work on the fundamentals of the Tunisian economy, namely curbing inflation and the imbalance in the country’s external accounts.

To end up with an effective and sustainable recovery of the dinar, compared to foreign currencies, “we must export more and import less, produce more and consumer less.”

Tourism: adding “the goat and the cabbage”

With regard to the recovery of tourism, the expert criticizes the method used in the production of statistics that only allow the sector’s behavior to be assessed in terms of arrivals.

However, adding the entry of a person who comes to spend a million dollars in Tunisia in 15 days and another who has paid for his stay in his country of origin less than €300 (about 1000 dinars), all inclusive, is like adding up “the goat and the cabbage”.

For him, the return of tourists remains insufficient in the absence of solutions to the structural ills of Tunisian tourism, relating to governance and the positioning of the sector and the tourism product in the world.

“We are increasingly satisfied with low-end tourism, with low added value, which does not enhance our national capacities.

We have not solved anything of the sector’s problems, namely, indebtedness and dozens and even hundreds of closed hotel units which are deteriorating day by day, including in the centre of Sousse and on the edge of the best beaches of Tunisia, in Gammarth, Hammamet and elsewhere.

We must find solutions to break with the past and have ambition and courage,” he said.

For Meddeb, the country “is entering in 2020 a new phase in its history which is likely to be more complicated economically and socially”.

“It is already more difficult, politically speaking, in that at the end of 2019, the country elected a new president, a new parliament, without obtaining any majority, and therefore without allowing the executive to have a majority to implement a reform project, while most macroeconomic and socio-economic indicators are in the red.

He recalled that Tunisia is expected to repay as debt service in 2020 an amount higher what it will borrow in the same year”.

He referred to the foreign trade deficit, inflation, unemployment, which has risen to over 15% of the working population, without this seeming to move anyone, in addition to the growth of the parallel economy and smuggling, and the deficit of public enterprises and social funds.

He evokes the deficit of foreign trade, inflation, unemployment which has settled beyond 15% of the active population, without this seeming to move anyone, in addition to the growth of the parallel economy and smuggling, as well as the deficit of public enterprises and social funds.

“Tunisia is increasingly cited in international reports for high levels of corruption and bad practices, which means that negative signals are multiplying”.

The country will have to get back to work and probably accept measures that are likely to be painful for whole sections of society.

Asked about ways of reducing the wage bill (more than 14 per cent of GDP) and the risks this poses to the country’s stability, the expert says “we have enough ingredients to create violent popular discontent that can lead to major social movements”.

“All the interior regions of the country today survive only thanks to smuggling. If the situation in Libya were to lead to more serious insecurity, causing a drop in smuggling between Tunisia and that country, the people who make a living from this activity would be in danger of demanding effective solutions to their situation, which are not available today”.

He recalled the swelling of the wage bill resulting from massive recruitment, increases and subsidy that took place in 2011, 2012 and 2013, unrelated to the country’s capacity, which will be felt for 30 years.

As a solution, he advocates decentralization “driven by a strong political will” and allowing staff to be redeployed to the regions, noting that “many people would welcome their reassignment and the opportunity to return to their native regions.

He also recommended the improvement of the productivity and efficiency of the administration.

“Tunisia is called to resume production, we have become for 10 years or more, a country that consumes a lot, does not produce enough, imports a lot and exports little,” said Radhi Meddeb, stressing the need to “correct the anomalies in these four dimensions: production, consumption, export and import.

Asked about the need to change the development model, a term that has been overused by politicians since the revolution, Meddeb noted the increasingly diminishing importance of ideologies in the world, in favor of a tendency to promote efficiency and performance. It is not a question of implementing a development model that breaks with the old one”, but rather of understanding the inadequacies and dysfunctions of the current model, with a view to identifying the changes and reforms needed to move towards greater efficiency “always in solidarity and inclusion”, he emphasized.

For him, “when it is said that the old model has reached its limits, it is because it has not succeeded in integrating all Tunisians and giving them the chance to contribute and play the role of responsible citizens.

The old model is not to be thrown out like the baby with the bath water; on the contrary there are many things to be found in the old model and to be improved for more performance”.

In this respect, the country is called upon to produce more, especially in those sectors where it has competitive advantages, he said, pointing out that the State must, in consultation with the professions, identify the conditions for greater competitiveness, both in old sectors (textiles, etc.) and in new ones such as education, health, high value-added services, infrastructure and the management of urban public services.

At the level of consumption, the expert recommends rationalizing consumption and moving towards a more environmentally friendly consumption model, noting that 25,000 hectares of agricultural land are destroyed annually in Tunisia under the double effect of erosion and urbanization, which amounts to losing over a generation (30 years) the equivalent of the

surface of the Cape Bon in arable land. “We must also rationalize our management of land and water.

In 1960, every Tunisian had 1025 cubic meters of drinking water, but today, despite all the investments that have been made in this area (building dams, lakes and water pipes),” it is no longer accepted that agriculture, which contributes only 12 per cent of GDP, consumes more than 80 per cent of water resources,

With regard to exports, Meddeb, who has sat on the boards of directors of several Tunisian companies, believes that it is necessary to boost exports that enhance the value of Tunisian raw materials and national added value while rationalizing imports.

“These are the changes to be made to the Tunisian development model. We must be more ready for a reasonable and reasoned management of our natural resources. We can no longer continue as before, changing the economic model means more rationality, more solidarity, more sustainability, more efficiency and, more inclusion,” he concludes, stressing that the social and solidarity economy can play an important role in this area.